The St George Illawarra Dragons will face the Warriors at Netstrata Jubilee Stadium, Kogarah on Sunday, April 18. This is your Round 6 game guide.

The ink on Josh McGuire's playing contract hardly had time to dry on Tuesday afternoon when he was named in the Dragons' 21 for the weekend's clash against the Warriors.

The former Cowboy had not yet met his teammates or had a training session in Wollongong prior to his nod in Anthony Griffin's reserves list.

Finding his way into the Dragons' forward pack won't be easy given the form of the Red V engine room of late.

McGuire will become St George Illawarra player #243 if he finds his way into an unchanged 17 following the Dragons' 26-12 win over the previously undefeated Parramatta Eels last Sunday.

Trent Merrin celebrated 150 games for the Dragons last weekend and will back it up this weekend with his 250th first grade game.

The 2010 premiership winner's 72 games for Penrith (2016-18) and 27 games for the Leeds Rhinos in the English Super League has helped the push for his second milestone in a fortnight.

The Warriors have been a happy hunting ground for Merrin over the course of his 13-year career, having won 12 of his 14 games against the team from across the ditch.

Peta Hiku (knee), Bunty Afoa and Jamayne Taunoa-Brown (both suspension) are all welcomed additions to a Warriors team who copped a last-minute loss to the previously winless Sea Eagles on Friday.

The timely inclusions are at the expense of key players however, with David Fusitu'a (hamstring), Bailey Sironen and Eliesa Katoa (shoulder) all ruled out.

A new-look back row of Jack Murchie and Josh Curran beckons for the Warriors, who too will celebrate captain Roger Tuivasa-Sheck's 100th game for the club.

Matt Dufty was everywhere against the Eels. Directly responsible for all four tries (two scored, two assisted), the Penshurst RSL junior was a massive influence in the Dragons' fourth straight win.

One of the tries Dufty laid on was for Jack Bird who celebrated his maiden four-pointer for Red V, and first since Round 6, 2019 when he was at the Broncos.

Paul Vaughan meanwhile equalled his biggest on-field input for the season with a whopping 57-minute stint. The New South Wales and Test representative recorded 175 metres and 29 metres against the Eels.

When Mikaele Ravalawa smiles, the world smiles. Look how happy the Fijian flyer is after scoring his fifth try of the season.

Member, member on the wall…

Where can you find your name on the famed Red V member wall this weekend? Well we're glad you asked.

The Red V members wall can be found at Gate A from go to whoa at Netstrata Jubilee Stadium on Sunday afternoon. 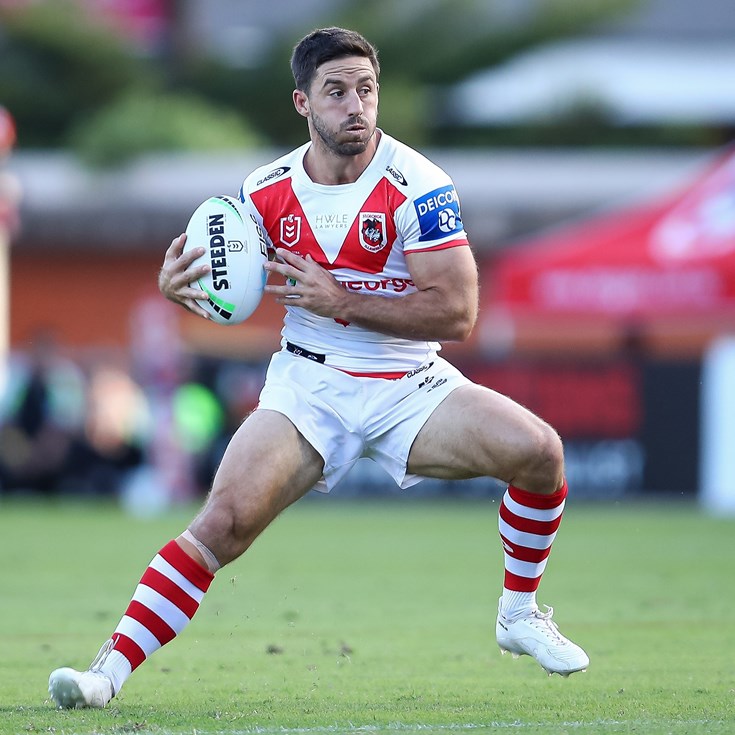