St George Illawarra coach Anthony Griffin has finalised his 17 ahead of the Dragons' Round 24 clash against the North Queensland Cowboys at Rockhampton's Browne Park on Saturday, August 28 (3pm).

The Dragons are 1-17. Gerard Beale joins Kaide Ellis and Josh Kerr as the players to make way from Tuesday's initial 21-man squad. Poasa Faamausili will act as 18th man.

Sydney Roosters hooker Freddy Lussick joined the Dragons on Tuesday morning after signing a short-term loan deal and will be the 250th player to represent St George Illawarra.

Lussick has been named on the interchange allowing Jayden Sullivan to start the game at hooker after impressing there against the Sydney Roosters last Sunday. Josh McGuire reverts to the front row alongside the returning Blake Lawrie (hand).

Jack de Belin and Tariq Sims return to their customary lock and back row positions respectively with Tyrell Fuimaono shifting to the interchange.

Tyrell Sloan returns to the first grade fold at fullback for his fourth NRL game at the expense of Matt Dufty.

The Dragons will acknowledge their Red V members throughout the week and in Rockhampton this weekend by once again donning the 'Part of Me' jersey. 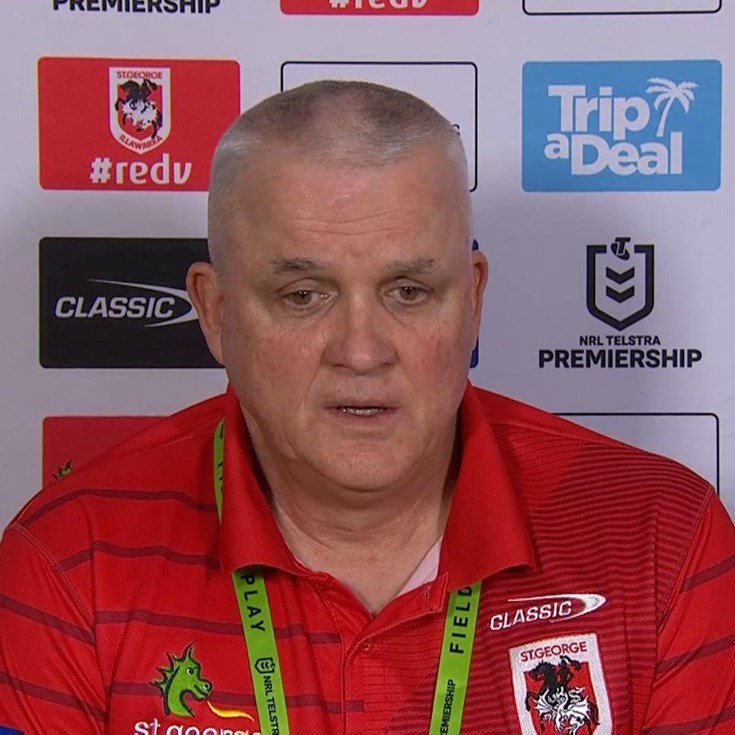 Behind enemy lines: Round 24