The St George Illawarra Dragons will face the North Queensland Cowboys at Queensland Country Bank Stadium, Townsville on Sunday, September 6 (6:30pm).  This is your Round 17 game day guide.

A finals berth has proved a bridge too far for the Dragons in 2020 following their last start loss to the Gold Coast Titans.

Yet with a month to play and an impression to make on whoever is to become the permanent first grade coach, there is still plenty there for the Dragons to play for.

Motivation may also be sought in celebrating the milestones that Ben Hunt and Jacob Host will rack up against the Cowboys.

Ben Hunt will celebrate his 250th NRL game (63 for Dragons, 187 for Brisbane Broncos) in his native Queensland.

Local Renown United junior Jacob Host – in a great show of perseverance given it’s the 23-year-old's fifth season – will run out for the Red V for the 50th time.

Cowboys out to prevent unwanted record

Already missing Jason Taumalolo (calf) and former Dragon Reece Robson (hamstring), the Cowboys copped another couple of body blows following their loss to the Sharks over the weekend.

Skipper Michael Morgan (calf) and Coen Hess (suspension) will also be absentees against the Dragons as they look to avoid losing 10 consecutive games for just the third time in their 25-year history.

Jake Clifford, Esan Marsters and Gavin Cooper have all been named as a result despite their respective long stints out of the Cowboys' 17.

Valentine Holmes and Scott Drinkwater shift to fullback and five-eighth respectively in Morgan's absence with Hamiso Tabuai-Fidow also returning on the wing.

Queensland Bank Country Stadium is the new shining light of NRL stadia following its debut at the beginning of the year.

Although it has been anything but for their main occupier in the Cowboys.

Eight appearances at the brand spanking new stadium has only produced two wins thus far for North Queensland; a good sign for the Dragons who will make their debut at the ground in what will also be their first Townsville appearance since Round 1, 2019.

Red V members are advised that sadly there will be no tickets available for purchase for this weekend's game against the Cowboys. Entry to this game is limited to Cowboys full season members only, to comply with Queensland's current Covid-19 restrictions. 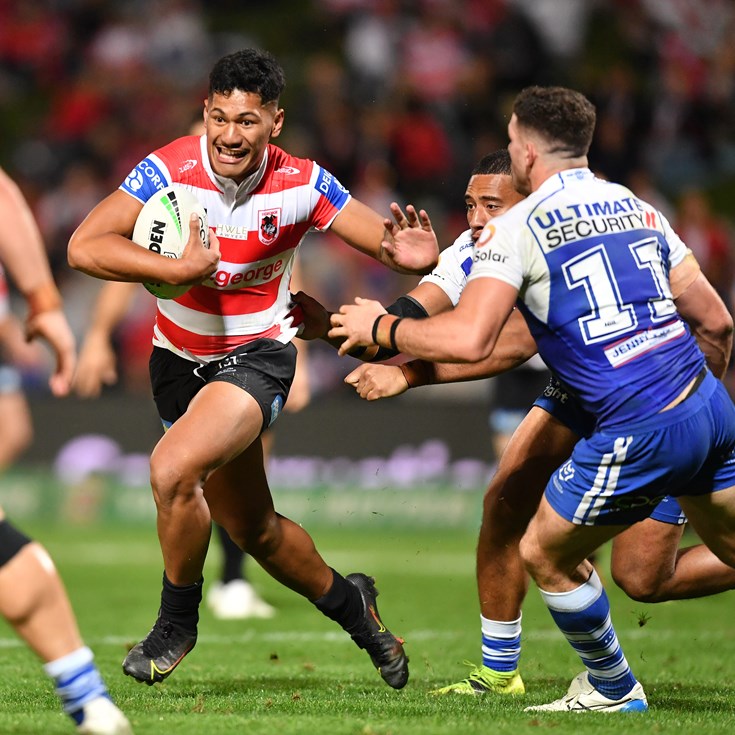