The St George Illawarra Dragons will face the Sydney Roosters at WIN Stadium, Wollongong on Thursday, August 6 (7:50pm).  This is your Round 13 game day guide.

Battle of Lone Cup to be contested

St George Illawarra and Sydney Roosters' traditional Anzac Day game is usually an opportunity for the game to honour and commemorate the generations of Australian servicemen and women – those who have defended our values and freedoms in wars, conflicts and peace operations over a century of service.

2020 has been a year like no other, with Anzac Day being celebrated without gatherings, live services or parades. We honoured our service men and women in isolation. In these difficult times, there is no more fitting time to reflect on the challenges faced by our defence forces both present and past then on Thursday night.

Both clubs will commemorate the occasion and pay respect to service men and women pre-match with the Last Post ceremony which will include the Ode, Last Post, a moments silence and the rouse.

Like the usual traditional Anzac Day clash, the Red V and the Tricolours will also contest the Anzac Cup (although known as the Battle of Lone Pine Cup for the occasion), currently held by the Sydney Roosters following their 10-point win on Anzac Day last year.

Dragons coach Paul McGregor has omitted Corey Norman from the 17 ahead of the club's clash against the two-time defending premiers.

Norman has been replaced by Adam Clune (concussion) while Trent Merrin returns from the same ailment in place of Jacob Host.

See how the Dragons will line up otherwise here.

The Dragons will have to contend with two former Illawarra juniors following them naming Josh Morris and Drew Hutchison. However Kyle Flanagan will not play against the Red V.

Red V members and partners afforded entrance to attend WIN Stadium, Wollongong on Thursday are reminded to familiarise themselves with the Covid-19 safe protocols.

A reminder to Red V members not eligible for the Round 13 ballot as well as non-ticketed members are encouraged to keep an eye on their email inbox throughout the week, as a small portion of tickets may potentially become available for purchase.

Mitchell Aubusson will celebrate his 300th first grade game in what will coincidentally be his first ever game at WIN Stadium, Wollongong.

It's been nine years since the Roosters have swung by Wollongong way to play in a premiership game; a game that while they won is the only victory they have recorded against St George Illawarra at the ground (three losses, one draw – dating back to 1999).

Only Aubusson, co-captains Boyd Cordner and Jake Friend and Jared Waerea-Hargreaves were in the Roosters' 2011 squad, although only the latter three featured in the Round 23, 2011 clash. 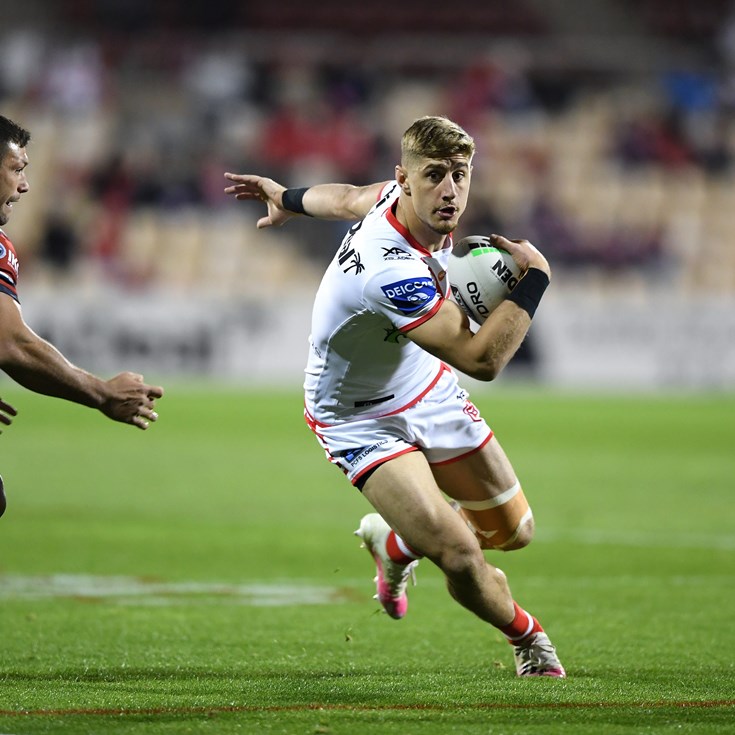