Botille Vette-Welsh has been in Australia long enough to learn about the nation's history and culture and she's been around footy long enough to know all about State of Origin.

But the 22-year-old isn't hiding the fact she's an out and out Kiwi ahead of Friday night's clash against Queensland.

Vette-Walsh isn't alone. She's set to be the next player Australia and New Zealand are expected to vie for as international eligibility rules tighten in the women's game.

"My family's background is all rugby union. From where I'm from in Taipa everyone's dream is to be an All Black.

"We had a mean upbringing with the water and farms. Then we moved to Sydney's city and it's like bang, too much happening. Whenever we go home we think why are the shops closed at 4.30."

The specialist fullback plays for Wests Tigers in the Harvey Norman Women's Premiership but did enough at the recent National Championships to convince Blues coach Andy Patmore she was worthy of a spot on the bench.

And Queensland should be on alert.

Vette-Welsh's biggest threat is her speed around the ruck, noticeable when she dominated through the middle coming off the bench for NSW City against NSW Country three weeks ago.

"I've never played second row or hooker before and our City coach was like you'll just have to go on.

Where Women's Origin will be won and lost

"I thought well it's time to put your big pants on then, I had less time to think and was just happy to get on the field. I like being around the ball and looking out for tired bodies."

The former Sydney Roosters player will join St George Illawarra for the second season of the NRLW in September but her international eligibility is set to be confirmed following the Origin clash.

"I haven't pledged my allegiance just yet, I'm just riding the rave of everything," she said.

"Whatever opportunity I get I'm going to take it. Whoever wants me first really. I'm open to go either way.

"I've played for New Zealand in athletics and touch but have been an Aussie for 10 years now and they have served me well. If I get the chance I will take it with both hands.

"This Origin experience is going to tell me if I want to play here or if I go back home. It's a sacrifice to go home and play but being a strong Kiwi girl I'm not going to make my mind up straight away unless I have to." 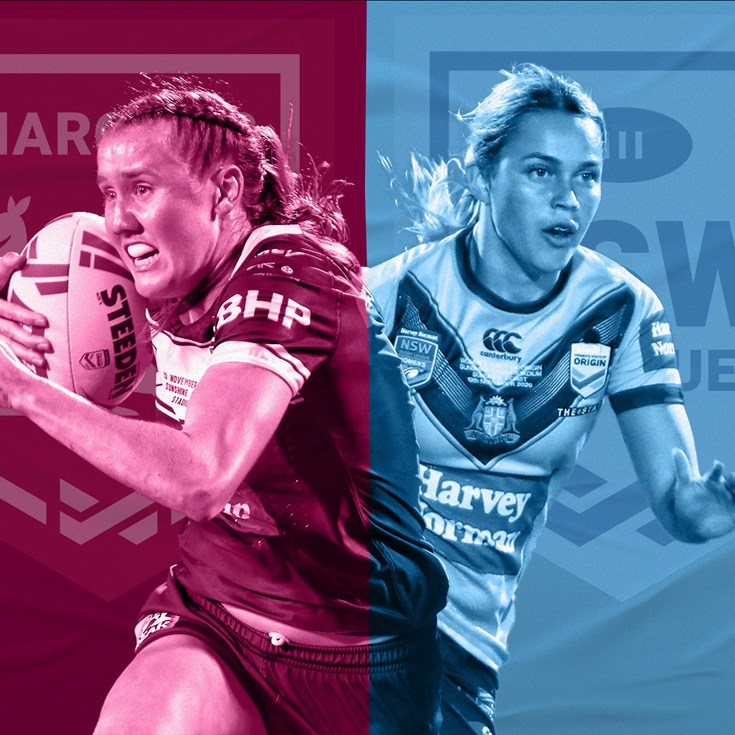