Queensland captain Ali Brigginshaw is stoked the Sunshine Coast will again play host to the Women's Origin clash on June 25 after last year's fixture was disrupted by COVID-19 restrictions.

The Maroons will have their chance to defend their breakthrough title win in front of a possible capacity home crowd after the NRL confirmed on Tuesday the women's Ampol State of Origin would be played in the Sunshine State for another year.

Brigginshaw played an instrumental part in last year's 24-18 victory over NSW on home turf after their arch-rivals claimed the previous two Origin matches at North Sydney Oval in 2018-19.

However, the uncertainty surrounding the game last year with the COVID-19 pandemic meant a restriction on the crowd capacity took place in Queensland's first time hosting the event.

With a maximum capacity of 12,000 in normal circumstances, the Maroons played in front of a capped crowd of 4800 at the venue.

Both sides were also forced into a two-week bubble-style camp leading into the game and were unable to engage with the coastal community in the build-up to the event.

"It wasn't the best experience for all our fans and family with the restrictions so I'm really happy for everyone it's back on the Sunny Coast," Brigginshaw told NRL.com.

"I thought we needed another opportunity here after winning the trophy. I think we need to fill this stadium with as many people as we possibly can and put on the spectacle it should've been minus COVID-19.

"We want to be in the community, at fan days and tick the boxes properly. It just wasn't what it should've been for both teams and that was no one's fault.

"It was still amazing to see maroon in the crowd and family members who haven't been able to make it to games in Sydney be there.

"But now we want it to be even bigger this year. That's what gets you through, a big crowd and playing in front of your friends and family.

"That's the plan, to sell it out and have another good win."

For the first time in Origin history, both coaches are female with former Jillaroos teammates Tahnee Norris (Queensland) and Kylie Hilder (NSW) guiding the respective states in 2021.

NSW captain Kezie Apps welcomed the challenge of returning to Sunshine Coast Stadium for a rematch after the side surrendered the shield.

We needed another opportunity here after winning the trophy.

"We'll be better for the experience and I know for many of the girls, we've held onto that feeling of losing something that we've worked hard to hold on to and are so passionate about," Apps said.

"We've had a lot of discussions leading into this year and we're all on the same page.

"Queensland will have a bit more confidence after winning the shield last year and playing back at the same stadium in front of their home crowd. But we're just as confident and pumped.

"There's nothing quite like Origin. We just can't wait to smash those Queenslanders."

Apps gets the bounce from a Howard kick

"Women’s Origin is one of the highlights of our calendar and we’re excited to see it return to the Sunshine Coast," Abdo said.

"Last year’s game was an incredible success, albeit with COVID restrictions. We’re looking forward to giving the Sunshine Coast community the opportunity to fill Sunshine Coast Stadium this year.

Abdo said the Women’s Origin concept was continuing to grow.

"Women’s rugby league is the fastest-growing part of our game and this year we will create history with two female coaches, that’s a great acknowledgement of the talent in our female ranks."

The Maroons named an extended 32-player Origin train-on squad last month with Norris to trim her side down to 18 for the clash in the coming months.

Hilder's preparations will ramp up later this month with a NSW City-Country game scheduled in Sydney.

"The growth of the women’s game is wonderful, and Queenslanders will welcome this match once again with open arms," he said.

"Not only did last year’s game bring an exciting spectacle of skill, it also brought fans and visitors to the Sunshine Coast, providing a welcome boost for local tourism operators.

"Queensland became a major sporting hub last year and many codes and competitors are returning again this year after enjoying our world-class facilities and incredible lifestyle.”

Sunshine Coast Councillor Peter Cox said they were confident of another sell-out crowd.

"We anticipate that this event will be a drawcard for footy supporters from around Queensland and interstate, which would provide a significant boost for the local economy, from the airport to accommodation, and flow-on hospitality and attraction visitation," he said.

"We also want the Sunshine Coast to be the epicentre of elite women’s sport and it’s terrific that we’ll be able to showcase the Women’s State of Origin clash on the Friday night and our incredibly successful Sunshine Coast Lightning netball team who play the Magpies at home the following day."

Tickets are on sale via NRL Tickets. Supporters can watch the historic match from just $5 for juniors, $15 for adults and $35 for families 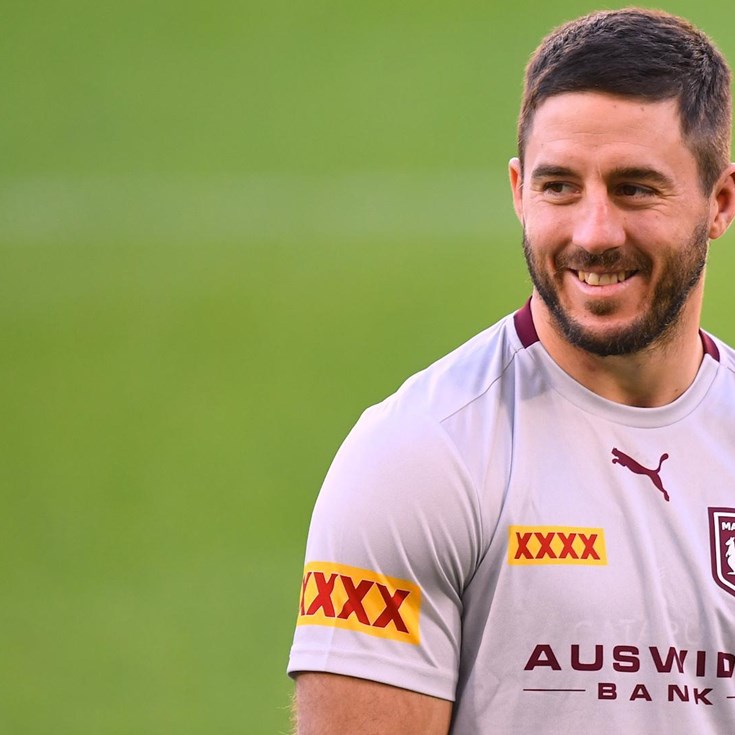 Hunt: I worked my way into No. 9 jersey

The Kiwi who wants to leave Origin footprints