Australian Jillaroos back-rower Kezie Apps has expressed concern over the scheduling of the 2021 women's Rugby League World Cup amid fears of short turnarounds between matches.

The tournament will see an additional four games (15 in total) played in the United Kingdom across just 14 days.

Cronulla and Brisbane hosted 11 games in 17 days throughout the 2017 tournament but that figure has jumped to 15 in 2021 as two more teams are expected to participate.

As a result of the 2021 final at Old Trafford coming just 14 days after the start of the tournament, teams will have three fewer days to recover and prepare during the event.

"It's a little concerning when we thought it was at our last World Cup playing every third day," Apps told NRL.com.

"Now the competition is shorter and we're playing more games. We'd basically have the next day off after a game then have captain's run and you're back playing again.

"We managed and had a week to recover for the final but now that's not the case for the next World Cup.

"I don't think the boys would ever do anything like that which is what we're striving for, more equalisation – they wouldn't do it for the men so why is it happening for us."

NRL.com understands the Jillaroos plan to speak with the RLPA over the matter as they push for changes.

Given the growth expected in the women's game over the next three years, female athletes are likely to be physically advanced by 2021.

"Genetically our bodies don't recover as quick as men do, that's just part of our different hormones we produce," Apps said.

"If anything we need extra time than what the men do because we don't play enough at a high level to be conditioned.

"We just have to deal with whatever comes our way as the women have done for so long. We're going to be prepared because we know early but it's still going to be horrible.

"Hopefully it will change but if not I guess it's something we can train to work with for that quick turnaround."

Apps is on the road to recovery after breaking her leg in the Jillaroos' two-point win over New Zealand in October's Trans-Tasman Test.

"I've only just started back doing good conditioning and I'm happy with how everything has gone," she said.

"All over Christmas, I was doing all my rehabilitation to get my leg stronger.

"I wanted to be semi-fit for the Jillaroos camp in January and surprised myself with some of the results. I'm hoping for a year of no more injuries." 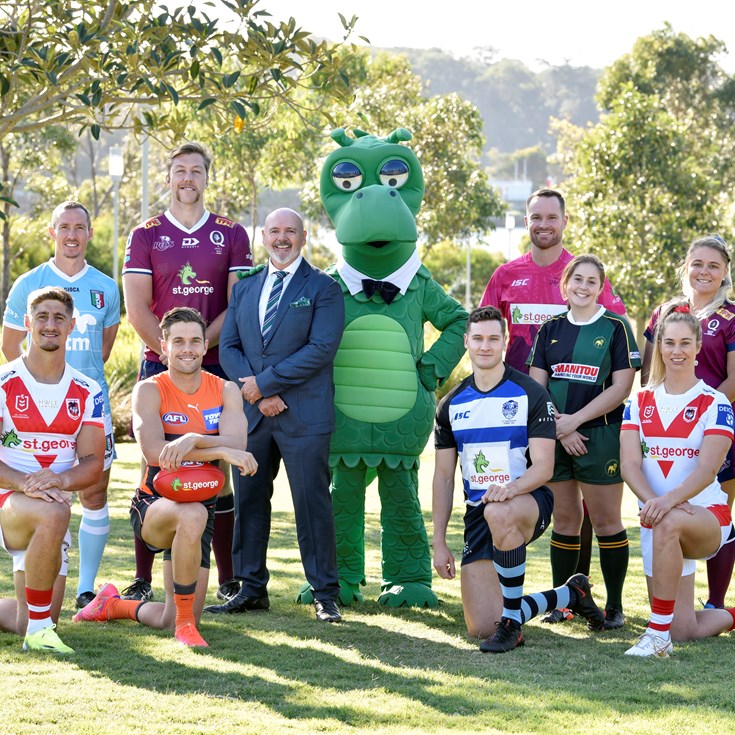 Presented By St George 2 weeks ago

Apps wins the race for four