The Dragons were awarded the honour at NRL Community Awards held at the NRL Community and Player Education Awards at Sheraton on the Park on Friday.

In 2013 the Dragons met with The Disability Trust in regards to developing an idea where we could include people with disabilities into a local rugby league competition in the Illawarra.

The Club approached The Trust because they had established a rugby league program in the Illawarra called the Score Dragons.

The Disability Trust also had 21 years of experience in running such programs in our region and they were the perfect partner for this initiative.

Initial meetings were related to developing ideas about how we could successfully transition the Score Dragons into the local Illawarra South Coast competition.

There were some issues identified in regards to what the best possible method would be.

Over a period of time we worked through all potential issues and decided the best fit would be the U13B competition.

The rules would remain the same as their regular league where it would be a six tackle game played for two 15 minute halves each week.

The only modification we made was the games would be two handed touch and a staff member from The Disability Trust (Illawarra) and St George Illawarra Dragons would be on the field at all times to assist the players.

There is also a local junior rugby league referee who oversees all games.

When we had the set structure in place we met with the local Illawarra Junior Rugby League and their local clubs where we pitched the idea of an inclusive weekly program that would be played in conjunction with their set competition.

All clubs were supportive of this initiative and we commenced the games on Saturday, May 31 2014 against Collegians.

In 2014 the team played six rounds and at each game they have been welcomed with open arms by all clubs, parents and most importantly the players who make the Score Dragons feel included into their game days.

The program then concluded in spectacular fashion with the Score Dragons game the highlight of the day at the Illawarra and Group 7 merged competition international grand finals at WIN Stadium.

Based upon the success of the initiative in 2014 The Dragons, Illawarra / Group 7 Junior Leagues and the Disability Trust have again joined forces to continue this outstanding initiative.

This year, communities from Gerringong in the south to Wombarra in the north will get a Saturday morning experience of a difference.

It’s a fantastic opportunity for all concerned and continues to put smiles on the faces of everyone.

The Score Dragons will also play at the Group 7 Mod League Grand Final day and conclude with a guest appearance, playing at the Illawarra/Group 7 Merged Competition Grand Finals at WIN Stadium.

Another highlight this year was the invitation from Jamberoo RLFC for the Score Dragons to replay their match against the Jamberoo 13s as a curtain raiser to 1st Grade at one of their recent home games. A great day!

The Dragons are extremely proud of this great initiative and the partnership.

The value of the program in building awareness of the importance of inclusiveness has been remarkable.

For the players, having an opportunity to connect with their peers on a weekly basis, playing the game they all share a passion for, is a joy to be involved in.

For parents of the players in the Score Dragons, they for the first time, get to see their child playing in a mainstream sporting competition, is a fantastic outcome for all.

Of course, most importantly, the benefits gained by the mainstream players and families in regards to tolerance, respect and inclusiveness are priceless.

We have been inundated with positive feedback from clubs and families, with the most common questions and statements we hear being:

“The Disability Trust does a lot of great work for people with disabilities in the Illawarra and Shoalhaven regions,” said Creagh.

“I especially like the wide range of sporting and recreational programs they offer children and young adults.

“The programs give the participants an opportunity to learn about teamwork, mateship and having a go which I know is not only enjoyable but an important part of life.

“I’m very grateful for the opportunity to be involved with The Disability Trust and always look forward to being part of and helping out with their programs.“

“My involvement with The Disability Trust has shown me how important it is to provide as many opportunities as we can to people with disabilities in the wider community and how much they can offer our local community,” said Merrin.

“Some of the opportunities that The Trust is able to pass on are sporting and social skills, breaking down barriers for inclusion and mateship.

“Being involved with The Trust has shown me it is all about the individual’s ability and what they can achieve and not the disability.

“With my involvement with The Disability Trust I’m sure I will get more in return from my role as an ambassador than what I am able to contribute.

“Being part of the program will mean I can learn as much as I can about our local disability community and ensure I can do my part to ensure we have an inclusive environment for all participants.”

Russell has been very closely aligned with the Score Dragons program in 2015. He has attended most Thursday afternoon training sessions and the players enjoy his presence immensely.

The Disability Trust Illawarra – an Overview

Sport & Recreation Services of The Disability Trust provides programs for children, teenagers and adults with an intellectual, physical and/or sensory disabilities who reside in the Illawarra, Shoalhaven, Southern Highlands, Southern Sydney and South West Sydney regions.

The service provides opportunities to people with a disability in variety of ways.

Their programs provide opportunities for participants to:

• to meet and make new friends and social connections

• to play in organised competitions

• to perform live on stage

• to develop their creative side

Their programs also provide meaningful respite for families and carers with the knowledge that their child is in a safe, caring and supportive environment at all times. 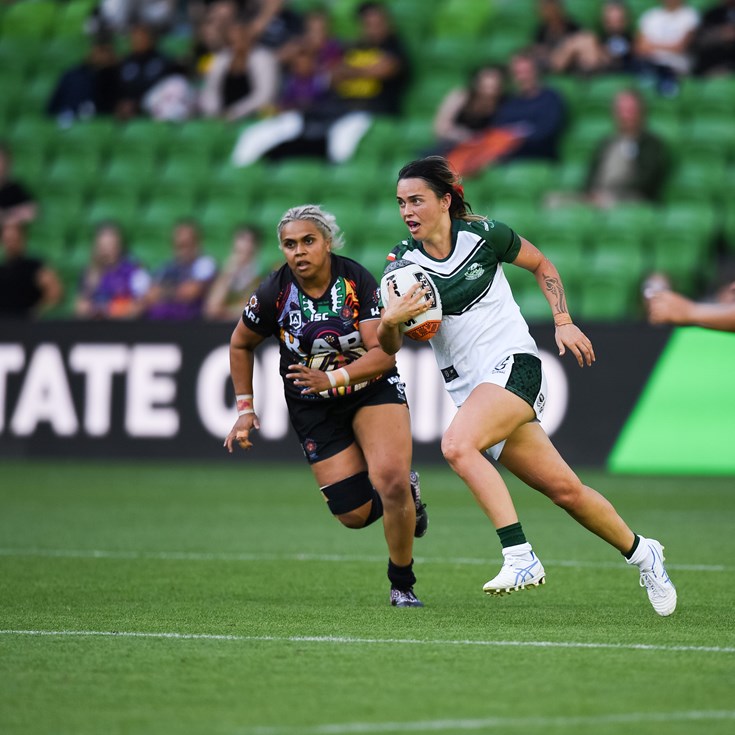