St George Illawarra coach Anthony Griffin has finalised his 17 ahead of the Dragons' Round 23 clash against the Sydney Roosters at Clive Berghofer Stadium, Toowoomba on Sunday, August 22 (2pm).

Tariq Sims will captain the team in the absence of Ben Hunt (arm) and Andrew McCullough (ankle). Sims returns from suspension at lock with Jack de Belin shifting to front row due to Blake Lawrie's (hand) unavailability.

Josh McGuire moves to hooker and Kaide Ellis has been named to start in absence of McCullough. Daniel Alvaro returns to the 17 for the first time since Round 16.

Jack Bird will shift to the centres for the returning Matt Dufty who will don the No.1 jersey.

Talatau Amone has been named for his club debut in the halves. Jayden Sullivan has also been promoted to the interchange. 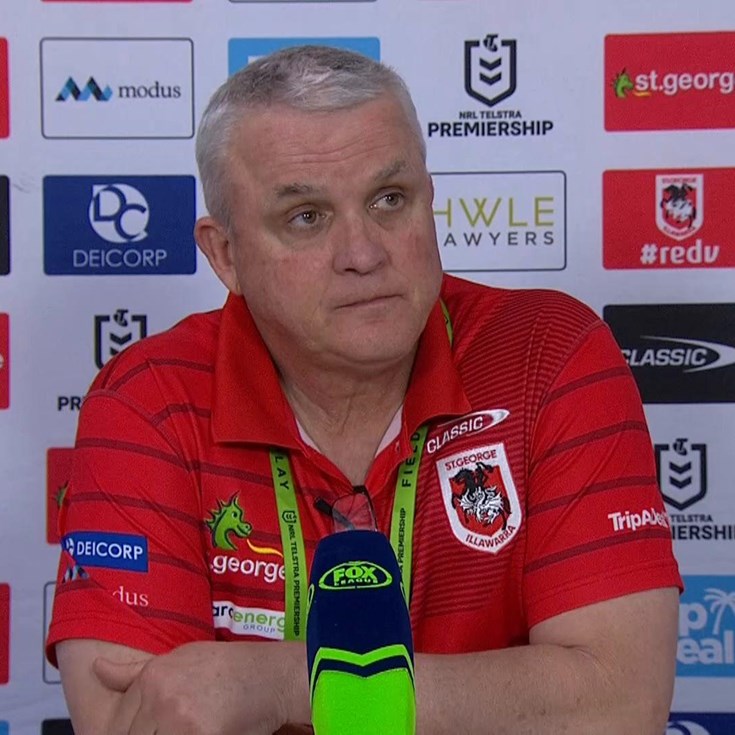