A runaway try to Teagan Berry has helped NSW overcome Queensland 16-12 in the under 19s State of Origin curtain-raiser at Sunshine Coast Stadium on Friday night.

Berry finished the game with a double after NSW took a 10-6 lead into half-time but were forced to come from behind in the second half when the Maroons snatched the lead.

The Sky Blues were struggling to get out of their end with 12 minutes remaining until Berry found space down the right edge and out-sprinted several defenders in an 80-metre effort on her way to the try line.

Earlier, NSW took a 10-0 lead early with five-eighth Luisa Yaranamua opening the scoring with a solo effort before sending Berry over shortly after for her first of the evening.

The Maroons needed to be next to score and did through Sara Sautia, who finished off a Jada Ferguson short ball.

Queensland snatched a 12-10 lead and looked to be coming home strong when Hannah Larsson darted over from close range.

Both sides struggled to hold the ball in slippery conditions with rainfall all afternoon on the Sunshine Coast.

The Maroons couldn't hold on in the final quarter of the game with Berry's gutsy effort from inside her own 30 metre zone proving the difference.

Yaranamua was deservedly named player of the match. 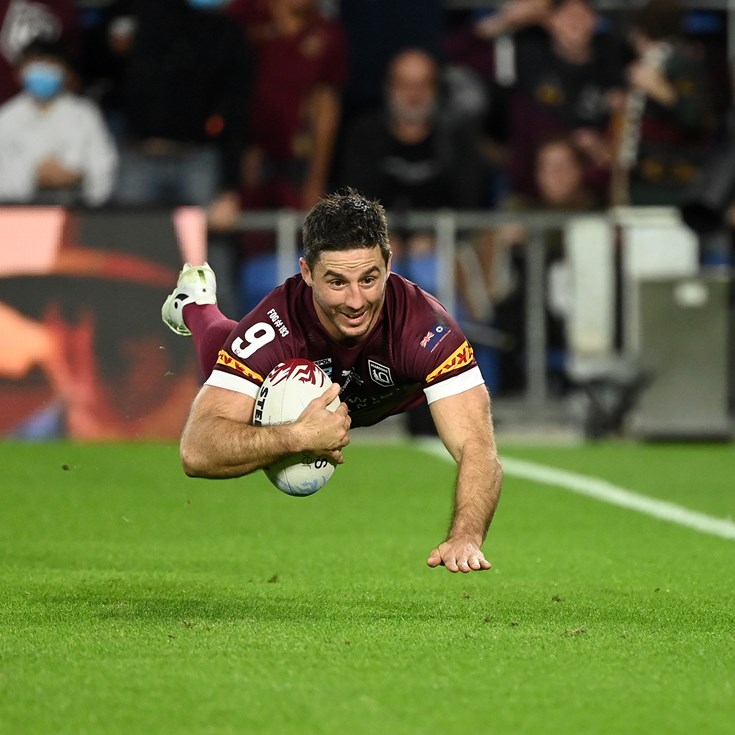 Hunt steps off the left to score his second

Hunt goes himself and QLD wrestle back the lead

Hunt: I worked my way into No. 9 jersey