It's time to 'lock' in your final vote for the Dragons' Team of the 2010s – and what a doozy of a selection it is.

All four of these players have played either State of Origin or represented their country on the international stage; or in some cases they have done both!

Will you choose one of the three premiership-winning players or the joint-venture's most-capped lock? No matter what this one will go down to the wire.

Offering up a great opportunity to look back at not only the club's 2010 premiership success, the Team of the Decade will reflect on a whopping 48 players, who traversed the triumphs, the trials and the tribulations in the years that followed.

Voting for your favourite lock of the 2010s closes at midnight, Sunday, May 3. This Team of the Decade (2010s) vote is proudly brought to you by St.George Bank.

Lock of the Decade nominees

2011 was a big year for Jack de Belin upon making his first grade debut and being named the Holden Cup Under-20s Player of the Year. De Belin became a mainstay of the Dragons' forward pack the year following, and has earned two Geoff Selby Memorial Trophies (2013-14) and the Immortals Trophy (2016) throughout his tenure. The equal-ninth most-capped player in joint-venture history made his Origin debut for New South Wales in 2018. De Belin remains at the club to this day but hasn't donned the Red V in 18 months as a result of the NRL's no-fault stand-down policy.

Possessing a second to none offload and deceptive feet for a big man, Trent Merrin quickly rose to fame at the turn of the decade. Since moving to the Illawarra as a teen, Merrin was destined for first grade action with Dragons, winning back-to-back Paul McGregor trophies in 2008 and 2009 for his Under-20s performances. His NRL debut came swiftly and before long, he found himself coming off the bench in the Dragons' successful 2010 campaign. A Blues jersey came the following year (2011) and before long Merrin had successfully transitioned into one of the game's premier locks. Merrin departed the Dragons in 2015 after six seasons with the Red V but came full circle upon his return to the club in 2020; he is proudly sponsored by Dynamic Projects.

Although his time at the Red V might have been short-lived, Jeremy Smith didn’t need long to have an impact at the Dragons. Smith joined the Dragons in 2009 as an established player, already with 12 caps for New Zealand and two grand final appearances with the Melbourne Storm under his belt. With an attitude for steaming into opposition defences, Smith filled many holes in the Dragons forward pack but spent most of his time locking down the scrum. In 2010, Smith helped the Dragons to a premiership victory before departing the club for the Sharks the year following.

From his famous embrace with father Craig after winning the 2010 premiership to his current role as Dragons assistant coach, Dean Young is etched into the history of St George Illawarra. Young first debuted for the Dragons in 2003 and went on to spend his entire 10-year career at the club. Although spending the majority of his time at hooker and lock, Young’s versatility landed him in second-row, front-row and the halves on more than one occasion. A two-time Dragons Immortals Trophy recipient, his career peaked at the turn of the decade when he scored a try in the Dragons’ premiership victory on his way to a Test debut for Australia. Young made his debut for New South Wales the year following before retirement called in 2012. 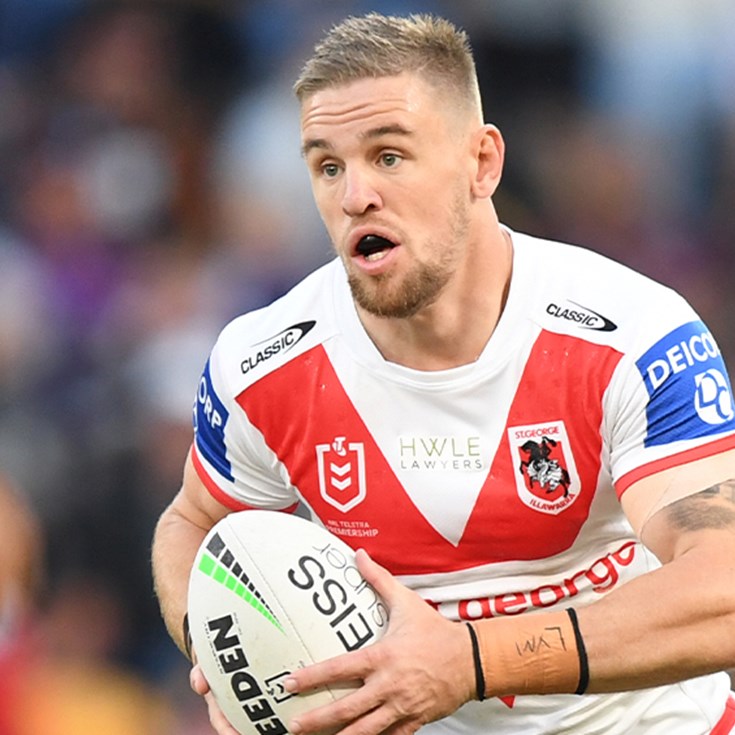