The St George Illawarra Dragons have named their inaugural Nines women's squad to play at Perth's HBF Stadium on February 14 and 15.

13 players who featured in the club's grand final defeat to the Brisbane Broncos in October have returned for the Dragons' tilt at the first-of-its-kind tournament.

"I think having so many girls return for the Nines is good in many ways, for the fact that we get the chance to work together again and build on what we did last year," Lacey said. "It shows loyalty to the Dragons and will only help consistency-wise."

The Dragons have also confirmed that Sydney Roosters centre and former Golden Boot winner Isabelle Kelly will don the Red V at the Perth Nines in an exciting development for the club's members and fans.

"Isabelle was on the top of our list to come to the club for the first NRLW season, and I never gave up hope of her becoming a Dragon one day," Lacey said.

"It speaks volumes for what we're doing as a club for her to want to jump ship and get an insight into how we operate.

"She's only committed to the Nines for now but hopefully we can sit down at some stage and look at her future with the Dragons."

Inaugural Dragons NRLW skipper Sam Bremner will also return from maternity leave for her first taste of rugby league action since Round 1 of the 2018 Women's Premiership season.

"It's great to have Sammy back on board. I get the feeling she has unfinished business with rugby league," Lacey said.

"She's been really determined to get back out there since the first NRLW season - she only managed to play the one game due to a toe injury.

"That has certainly spurred her on. She's chomping at the bit to be back and certainly someone to watch in Perth."

Cowan has previously represented the New South Wales City team at the National Championships as well as the Prime Minister's XiII team in Papua New Guinea.

"Kaarla has been on the Dragons' radar for a number of years as she's from our local system being a Windang girl. She was close to being in our NRLW squad in 2019 after she expanded her horizons in the Sydney competition," Lacey said.

"Kaarla's versatility has played into this opportunity. She's one of the only individuals who can play in the middle but also at hooker. Nines rugby league is perfectly suited for Kaarla and will prove a boost in her progression in the game." 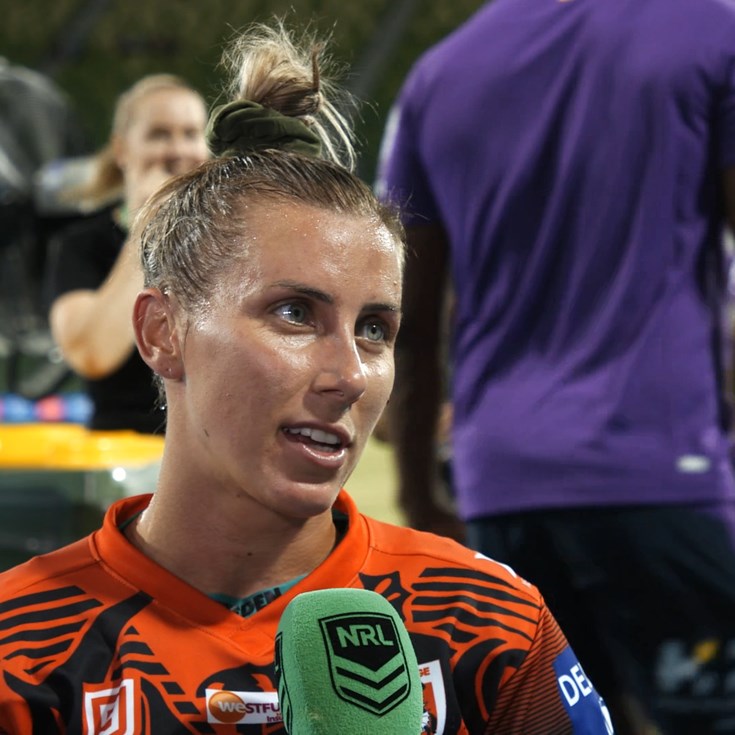 Bremner reflects on return after having baby

Leading Ladies proudly brought to you by St.George Bank: Episode 2