Women's rugby league fans will get a glimpse of the future this Sunday at Leichhardt Oval when the St George Illawarra Under-18s development team will face their Sydney Roosters counterparts.

There are 17 reasons to hit the inner-west up early to see the young female Dragons strut their stuff, leading into St George Illawarra's NRLW Round 3 clash.

"Another exciting part of the first-ever standalone NRL Women's Premiership match in Sydney is our Under-18s development team – which is a mixture of our Steelers and St George Tarsha Gale teams," Dragons NRLW coach Daniel Lacey said.

"It gives the fans another chance to head to Leichhardt early and see our up-and-coming talent as well as what the future holds for women's rugby league." 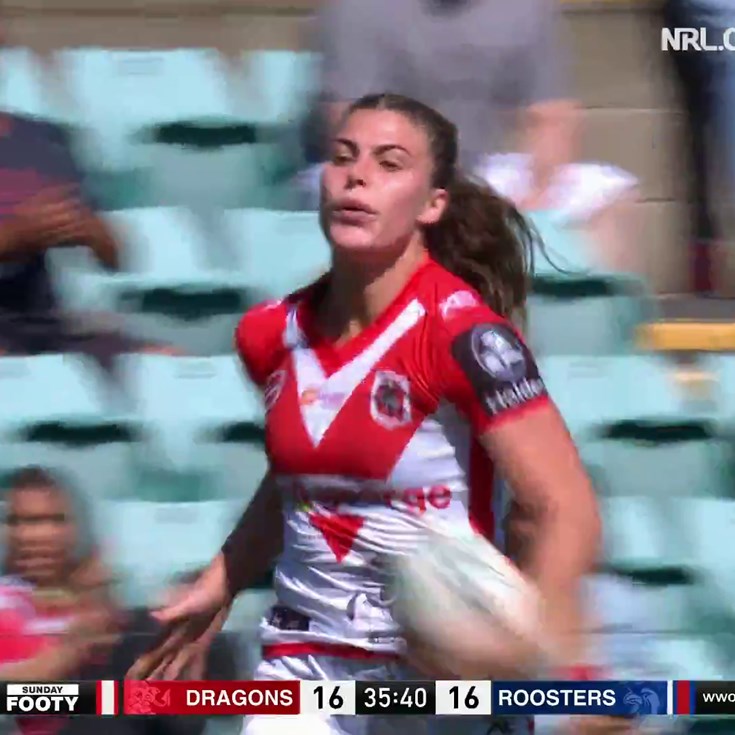 Sergis intercepts her way to a double