A chance meeting between Hollywood star Mickey Rourke and former Storm prop Keith Mason in a London nightclub after a match at Wembley has led to a comic series set to feature the likes of Tyson Frizell, Nathan Cleary, Victor Radley, Josh Addo-Carr and Anthony Milford.

He is now working on a sequel titled Shot Clock and has cast Frizell, Cleary, Radley, Addo-Carr, Milford, Wade Graham, Payne Haas and Alex Glenn as comic heroes in a plot that revolves around a bomb in New York during a World All Stars game.

"I've spoken to Keith and he asked me about being in his next comic book," Frizell said. "He sent me a copy of Rugby Blood and it looks pretty good. There are a couple of guys from the Super League in it and it would be pretty cool thing to be involved with.

"There are a lot of people who are into comic books and it is something that hasn't been done before."

"Keith messaged me and I had a look at what it was all about," Sergis said. "I know he has done one with a few other players but apparently I am the first female player he is going to write about so that is pretty cool and I am stoked to be a part of it."

The main character of the Rugby Blood series is David King, who is a rugby league player and James Bond-type secret service agent.

Mason, who met Rourke at London's famous Stringfellows club after playing for Huddersfield in the 2009 Challenge Cup final, worked alongside the Oscar nominee and Daryl Hannah in Skin Traffik and has also had roles in Peaky Blinders and Guy Ritchie's King Arthur film.

A former housemate of Cameron Smith during his stint with Melbourne in 2002 and 2003, Mason is currently involved with a production for Netflix and he is hoping to convince the global streaming giant to develop Rugby Blood into an animated series.

"A lot of films like Avengers: Endgame or John Wick come from the medium of comics or graphic novels," Mason said.

"I want to market our great game of rugby league through storytelling. I realised there had never been a comic done so I put a story together about this rugby star David King, who goes on missions and saves the world.

"It's called Rugby Blood because rugby league is in my blood. It has been since I started playing at six years old.

"There is an exhibition game with the World All Stars and you have got all these players in the story, like Victor Radley, who are not just running with the ball. There is dialogue and it is about building these characters up as heroes.

"You have got the Russians as the bad guys and you have got Victor the Inflictor smashing people, Tyson Frizell running over people and you've got the playmaker in Nathan Cleary.

"I am actually speaking to Netflix now about doing an anime series. If those boys were to feature in an anime series on Netflix they would be seen in 121 countries by people who have no idea what rugby league is. That is my ultimate goal. It is a new way to market rugby league on a global scale because it is the best game on the planet.

Had he not met Rourke, who had been at Wembley to watch Castleford's 18-10 defeat of Huddersfield in the Challenge Cup final, Mason does not know what he would be doing now.

"I lost two houses, I lost my licence, I wasn't seeing my kid – I was lost, but I came through the other side," Mason said.

Rourke was one of Hollywood's biggest stars at the time and his comeback movie The Wrestler won the Oscar for Best Film at the 2009 Academy Awards, while he was nominated for Best Actor.

After striking up an immediate friendship with Rourke, Mason was invited to join him and fellow actor Jason Statham at the GQ Awards in London and later to New York and Hollywood.

"He put me in a film called Skin Traffik. I've starred in about 10 films now and I am doing a Netflix series," Mason said.

"I am a teetotaller and I am working hard on a number of things in the entertainment business but Rugby Blood ultimately came from that first meeting with Mickey Rourke.

"I had offers to keep playing but the reason I retired was because I did the film and it gave me a vision. Rugby Blood was an idea I came up with a Norwegian writer, Ben Von Cronos, and I got an artist Paul Roper, who has bought it to life.

"I wanted to include the players in the stories as comic heroes to expose people to stars of the game like Tyson Frizell, Victor Radley and Nathan Cleary." 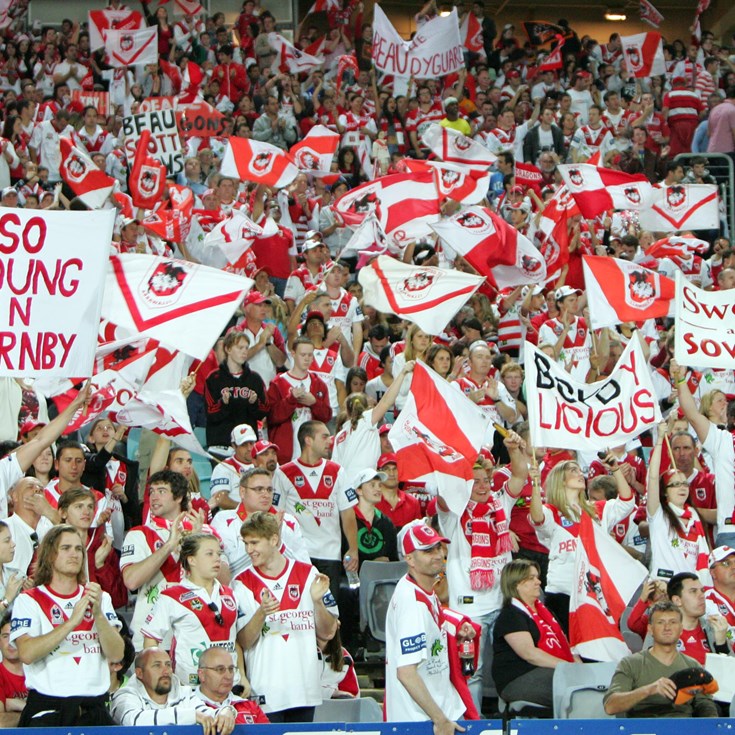