The squads have been finalised, the battle lines have been drawn and training has finally commenced.

If you thought the 2018 season was huge for the women's game, you ain't seen nothing yet for St George Illawarra as they look to once again take on the New Zealand Warriors, Brisbane Broncos and Sydney Roosters.

The 2019 NRL Holden Women's Premiership is officially underway for the Red V, with all 22 women descending on WIN Stadium for the first time as a squad on Tuesday night.

The Dragons hit the ground running after a quick introductory session. Team plays were nutted out from the get-go while the coaching staff put a year's worth of preparation into play.

There's a long way to go before Round 1 and a lot of hard work to undertake, but rest assure the Dragons will leave no stone unturned in name of premiership success in 2019.

Become a Dragons Women's Premiership member and take your place in the team as we strive to make history once again.

A Dragons Women's Premiership membership costs just $50, where you'll receive a keyring, a certificate of membership and a special membership pin.

The first 500 people to buy a women's membership will also receive an NRL Women's Premiership ticket to a game held in Sydney. 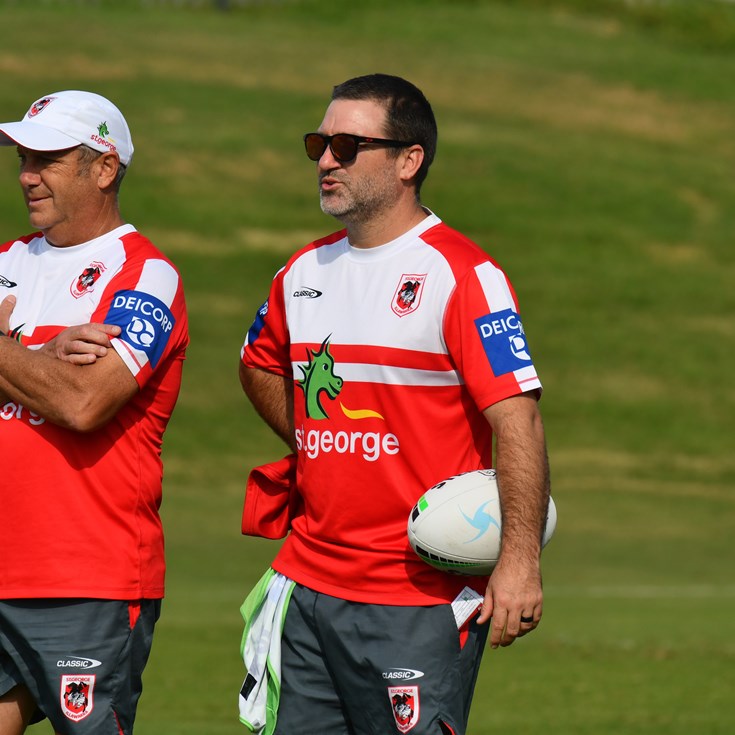