Notching a half-century in Rugby League is no easy feat but Dragons big man Jeremy Latimore will raise the bat for the second time on Sunday, in an innings which took seven years.

Latimore reached the milestone as a 28-year-old at the Penrith Panthers in 2015. But prior to his time at Penrith, ‘Lats’ played 14 games at the Dragons in 2012 before rejoining the Red V in 2018 and playing a further 35 matches.

His seven year journey to his 50th Dragons cap saw him don a number of different jerseys including the Panthers, Cronulla Sharks, Parramatta Eels and New Zealand Warriors.

"It’s pretty cool. I’ve been to a few clubs, which has been a bit of a journey," Latimore said.

"I obviously hit that at the Panthers, but when I saw Vaughany’s the other week I was thinking mine might be close, then I saw that pop up yesterday so I’m pretty proud.

"The overall figure, you’re sort of on top of that, but I’ve been to so many clubs I sort of forget how many I’m on at the time."

But while his overall figure doesn’t concern him, the team’s performance weighs heavily on his mind with the larrikin forward joking he’d skip training to avoid Mary’s wrath.

"We didn’t start very well (against the Bulldogs), we could’ve went 'here we go again', but we toughed it out and got back in the game. We just needed to win. There was no other option," Latimore said.

"If we had of lost I wouldn’t have come to training this week I don’t think.”

Dragons junior Matt Dufty isn’t too far behind from reaching the 50-game club sitting only eight games short of Latimore. But his run to 50 was stalled by a brief stint in the Canterbury Cup.

Dufty said he will use his time in reserve grade as a lesson to improve his game coming into the back end of the season.

"I know I wasn’t playing good footy and Mary thought it was best for the team to drop me back to reserve grade footy for a few weeks,” Dufty said.

"I’ve been able to get my confidence back playing in reserve grade and I think it taught me a lesson of what I have to get back to, and just keep working hard.

"I was disappointed in myself because there’s no one else to blame but yourself when you’re not playing good footy.

"I had to have a good hard look at how I had to get back into first grade, I worked on those things and Mary gave me another shot."

Eager to prove to himself and his teammates that he deserves his place in the team, Dufty is focusing on back-to-back wins this weekend and says he is aiming for a full 80-minute performance from the Dragons.

"I think we were a bit off the last month and I think it was good for the boys to get the win and good for the club," Dufty said.

The electrifying fullback says he is welcoming the challenge of facing a full strength Manly outfit on Sunday.

"I’m not afraid to get up in the air, it’s just something you’ve got to do if you want to play fullback.

"Catching balls isn’t hard, for me anyway, it’s something I’m good at. So if they want to keep putting them up, they can." 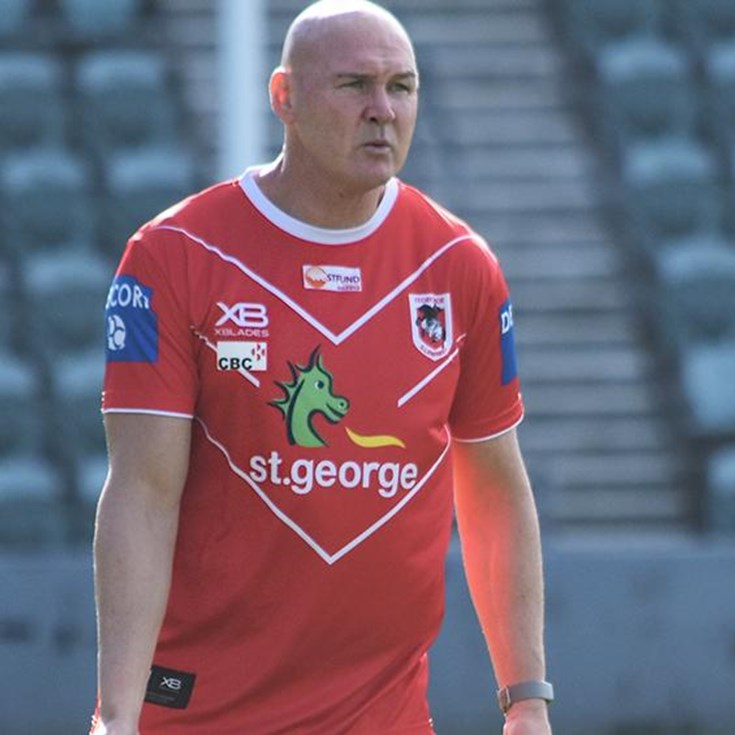 McInnes predicts new six-again variation will be harder to police

Fuimaono: '100 per cent' Red V can take down Raiders