St George Illawarra coach Paul McGregor has named his mandatory 21-man squad ahead of the Dragons' Round 4 Alex McKinnon Cup clash against the Newcastle Knights at McDonald Jones Stadium on Sunday, April 7.

The Dragons will kick-off at 6:10pm against the Knights, with their Canterbury Cup NSW counterparts playing beforehand at 3:55pm.

Tyson Frizell has been named in the reserves, and could potentially make his comeback from the lacerated testicle he suffered in Round 1.

Skipper Gareth Widdop's dislocated shoulder has allowed for Matt Dufty's return to the NRL at fullback. James Graham and Cameron McInnes have been named co-captains in Widdop's absence.

The Dragons and Knights will play for the Alex McKinnon Cup for the fifth-consecutive season, after the now 27-year-old's career was tragically cut short in 2014.

The Dragons have won all four matches for the Alex McKinnon Cup so far, including their 30-12 win at WIN Stadium, Wollongong in Round 4 last year. 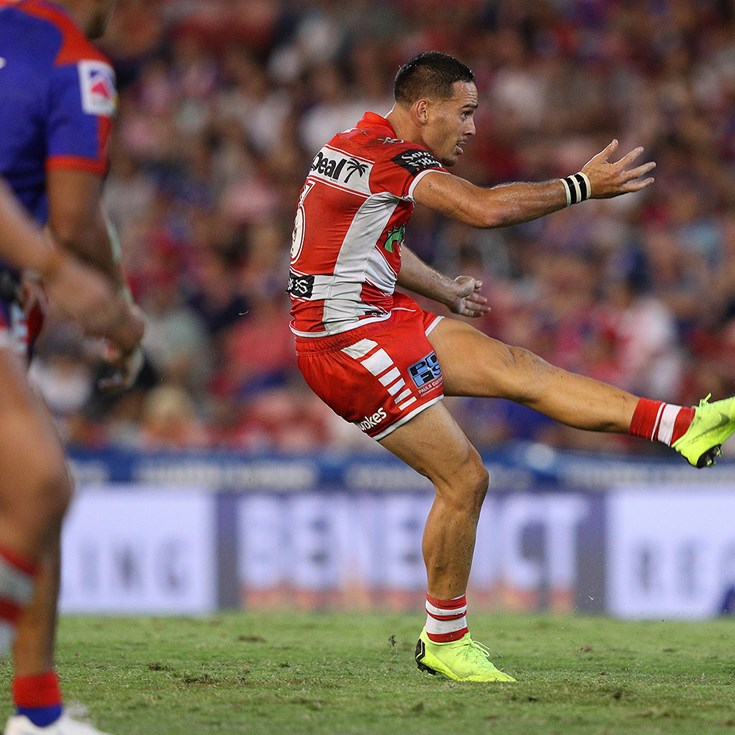 Best finishes of 2019: Norman does it again

Best finishes of 2019: Norman does it again