It took less than seven minutes of life without Gareth Widdop for Dragons five-eighth Corey Norman to showcase he is ready to step up in the clutch moments in the absence of his inspirational skipper.

When Widdop left the field clutching a dislocated right shoulder in the 73rd minute against the Broncos, and with the scores level at 24-24, the Dragons had lost their chief field goal exponent.

Norman, who had landed one field goal in his previous 172 NRL games, demanded the ball with seconds remaining and calmly potted a left-footer from 32m out to clinch the team's first win of the season.

St George Illawarra coach Paul McGregor praised Norman after the match for the way he "goes to the game" in the big moments.

Norman said Widdop would have been the go-to man for the field goal.

"Gaz probably would have taken it. When we practise them Gaz has taken them but obviously he wasn’t there so I said 'sweet, give it here'," Norman said.

"My strike rate with field goals in the NRL ain’t that good. That was my second one but I am more than willing to step up and have a crack at it.

"It did feel good. It was one of those ones where you hit it and you can see it going over."

With the Dragons set to be without Widdop for an extended period, half Ben Hunt said Norman was a player the side could count on to step up.

"Corey is the kind of guy where things don’t really faze him out there on the field. He always comes up with those sort of plays because he wants the ball in his hands when it counts," Hunt said.

"He has a silky pass and a good kicking game and we saw that, and he finished off with a field goal which shows he has the clutch plays in him as well."

Hunt and Norman played together at the Broncos in the halves in under 20s but only on several occasions in the NRL.

Norman was aware of the criticism coming his way in the opening two rounds after his switch from the Eels but said he never lost faith in his combination with Hunt.

"Everyone on the outside thought it was going to happen straight away … but with time together it naturally gets better," he said.

"The spine was getting a bit of heat but I thought our defence wasn't up to scratch the first two weeks. As a spine we just wanted to fix our defence and we scrapped away a good win."

Hunt’s running and passing game was on song against Brisbane and his last-gasp tackle on Alex Glenn on the try line was crucial to the result, but said his kicking still needed work.

"I’ve worked really hard on my running game and defending well and they are two things I thought I did pretty good, but one thing that let us down was our kicking …definitely in the first half anyway,” Hunt said.

“That is something we need to improve. Any halves combination is going to take a bit of time and I think we are going in the right direction.

"We are communicating. working out what each other wants to do and what sort of plays work for each other and what doesn’t."

Hunt was crestfallen for Widdop but said Matt Dufty would not let the side down at fullback.

"It is devastating for Gaz. It is pretty much the exact same thing he did last year up here [in the elimination semi-final]. It is definitely going to hurt us. He is our inspiration,” Hunt said.

"Obviously Duft is different to Gareth at the back but he is a little jack rabbit who brings speed and energy. He is going to do a good job … similar to what Duft brought last year." 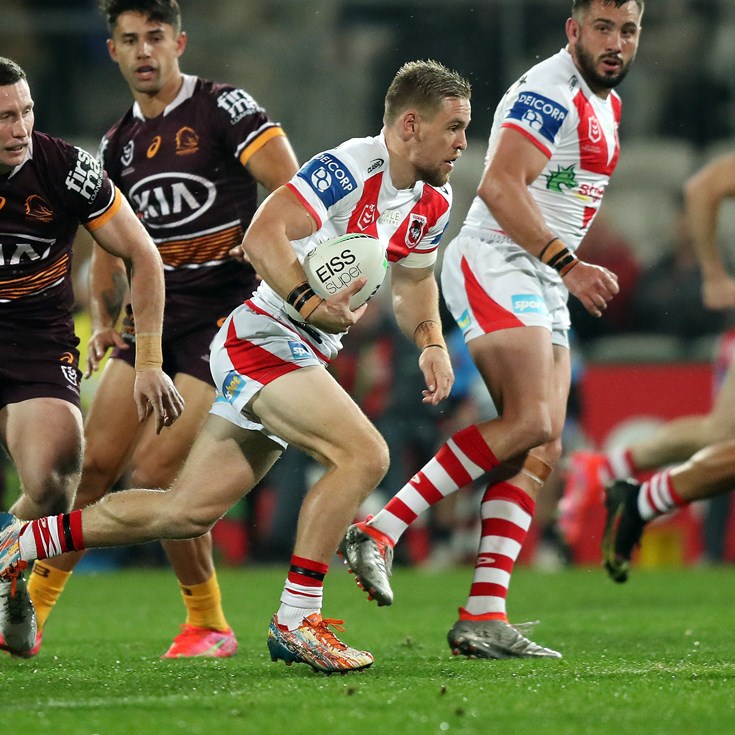 Norman happy to move to fullback for Widdop return