After losing a half-time lead against the South Sydney Rabbitohs in the Westfund Charity Shield, the St George Illawarra Dragons are dreaming of revenge just three weeks later.

The  Dragons went down in a high-scoring and competitive encounter with their traditional rivals, which saw centre Tim Lafai cross for a pair of four-pointers.

A wet and wild trip to North Queensland last weekend ended with the Cowboys claiming the three points in the opening round of the season.

The short turn around leaves the Dragons with five days to prepare for their second match against the Rabbitohs in a month, with hopes of revenge still fresh on the mind of Dragons enforcer Blake Lawrie.

"In the Charity Shield we didn’t perform to our standard and we’re looking to go up to Kogarah and get revenge on Thursday night," Lawrie said.

"We know the stuff we need to work on, we've done the video.

"Hopefully with a short turn around we go out there and have a good team performance."

Having played in Townsville on Saturday the Dragons come into the match on a brief five-day turnaround before lacing up on Thursday night.

The wet and wild conditions made the task difficult for the travelling Dragons outfit before losing the services of international forward Tyson Frizell to injury.

Returning for their first home game of the season at Netstrata Jubilee Oval ,the Dragons are hoping to kick start their season with a strong performance.

"It was a tough game, disappointing that we didn’t come away with the two points but it’s only Round 1 and hopefully we build from it to this week's game against the Rabbitohs," Lawrie said.

"We’re all confident as a team going forward that we know what we need to work on and that we can get the job done on Thursday night.

"We’ve all been training in a similar position throughout the pre-season so I think we’ll go out there and put on a good performance."

The clash will join a long list of encounters between the two foundation teams but it takes on more value for Dragons junior Jacob host.

“I’ve been playing there all up through the juniors and I still think it’s my favourite ground in the whole world.” 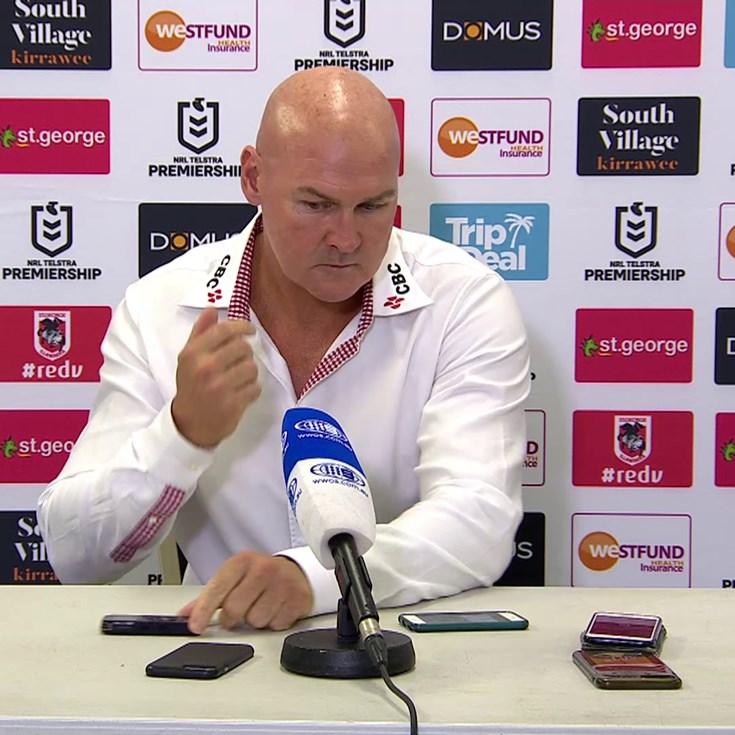