After a pre-season of tinkering and polishing, the St George Illawarra Dragons will unleash a new-look spine against an equally untested opponent.

New recruit Corey Norman will wear the Dragons jersey for the first time in the NRL on Saturday, joining a reshuffled Dragons spine to take on the North Queensland Cowboys at 1300SMILES Stadium.

Following the retirement of Cowboys legend Jonathan Thurston and the last-minute signing of New Zealand international Jordan Kahu, the Cowboys will also enter the match with a plenty of new faces.

Moving from playmaker to game-breaker for the Dragons will be captain Gareth Widdop, who starts the Round 1 clash at fullback. Dragons coach Paul McGregor has no concerns over Widdop's new role.

"With Gareth, sometimes you have to acknowledge just how good he is," McGregor said.

"He went into the World Cup without any training, played three of the four games [at fullback] and was Man of the Match.

The Dragons have won their past three encounters against North Queensland, dating back to 2016.  Widdop playing a starring role in the trio of victories scoring 24 points (one try and nine goals).

But the Cowboys have added 27 matches of Australian Test forward experience to their front line, with the addition of Josh McGuire to their team. Their star-studded engine room will be a key factor in the outcome of the match, according to McGregor.

"With the addition of McGuire, a player of his calibre coming off the interchange just goes to show how powerful they are in the middle," he said.

"The forwards are where they lay their platform so we have to make sure we tighten that up. It’s a challenge for our forwards but it’s not a task we’re not up to that’s for sure."

While the forwards do battle in the middle of the field, Dragons centre Euan Aitken is hoping to find some success down the flanks and start the season on a positive note.

"We’re going to come out strong and hopefully match the Cowboys in the forward pack and get a victory towards the end of the game," McGregor said.

"There's a lot of support and a lot of emotion around the game so we're just going to put our best foot forward and try to get a win against the Cowboys. 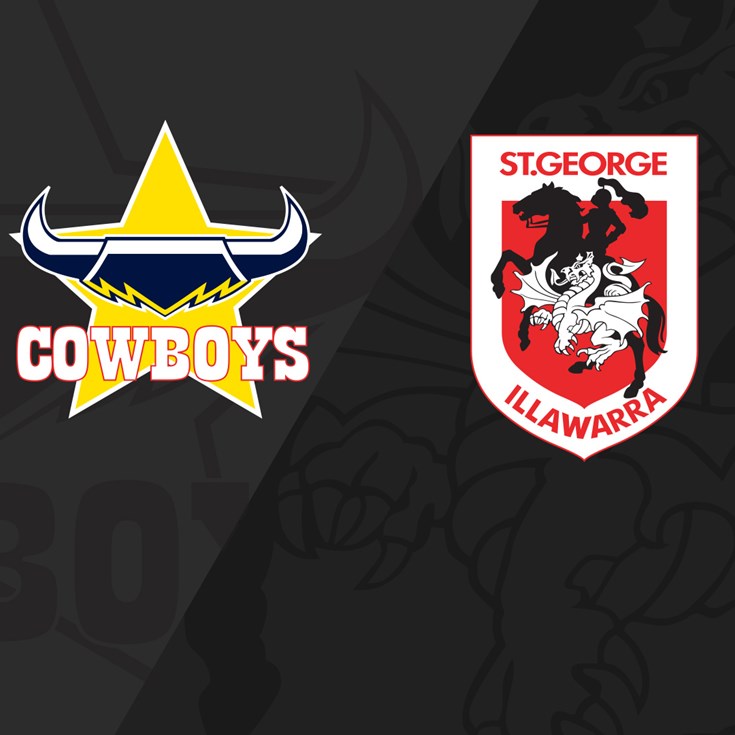 Dragons go down in season opener