The St George Illawarra Dragons wish to advise that captain Gareth Widdop has been in discussions with the club regarding his playing future for a number of weeks.

Dragons officials held another planned meeting with Widdop today to discuss his future at the club, where he is presently contracted until the end of the 2021 Telstra Premiership season.

Widdop has not requested a release from his playing contract and has committed himself to the Red V for the 2019 season.

However, throughout discussions, Widdop has reiterated his long-held desire about finishing his career in the English Super League, and asked the Dragons to consider a potential return to his country of birth in the coming years.

The 29-year-old also expressed an understanding of the club's situation and a strong desire to work with the Dragons surrounding this matter.

"I want to put to bed that I haven't asked a release for 2019. To all the members, fans and the little kids out there, I understand my importance to this team and my position as the captain and leader of this club. I will be here in 2019 and can't wait for the season to start," Widdop said.

"There's no secret I have aspirations of going over to the UK and playing. It's something I've always wanted to do. I have a good relationship with the club and so when the time is right we'll work together."

There has been no decision by either party regarding any timeframes surrounding a potential release for Widdop.

"The club has been in discussions with Gareth for a number of weeks concerning his future at the Dragons," Director of Rugby League Pathways and List Management Ian Millward said.

"We understand his circumstances and he understands ours, and this is something we plan on working through together."

The club will provide further updates regarding this matter where possible and as appropriate. 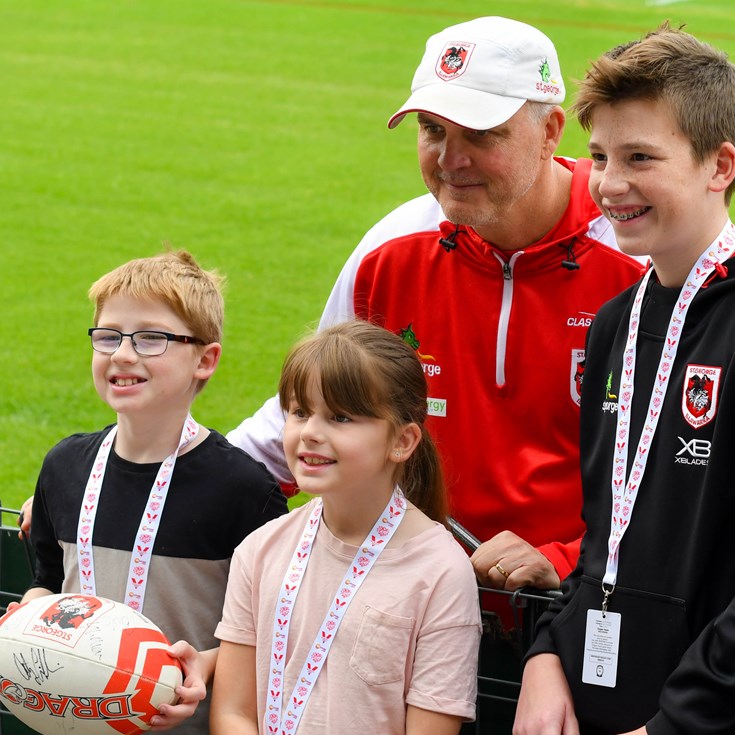 Widdop to depart Dragons at end of 2019 season