St George Illawarra coach Paul McGregor was reluctant to discuss the final five minutes of game management after his side's 13-12 loss to South Sydney in a heart-stopping semi-final at ANZ Stadium on Saturday night.

The Dragons took a 12-11 lead in a frenetic contest with four minutes remaining but scores were soon level with Rabbitohs halfback Adam Reynolds slotting a field goal a minute later.

But it was the play with a minute on the clock that has left fans scathing with Dragons playmaker Ben Hunt opting to run the ball on the final tackle from 40 metres out.

The play turned sour when Kurt Mann was caught on the edge, enabling a Rabbitohs turnover and Reynolds a third field goal and a spot in next weekend's grand final qualifier.

"You can break the game down a fair bit if you like but that's not for this press conference," McGregor said in response to the frantic final five minutes.

"I'm not going to turn on a player who didn't make the right decision or anything like that. That's not for now.

"Going forward it's a great experience for them guys to make sure next time we get that opportunity we make it right."

"I think it is from both sides when it's that tight," Frizell said.

"The ruck play is a lot quicker and things are just happening, they took their opportunity and we missed ours. That's what it came down to in the end."

McGregor believed the main turning point was the injury to Tariq Sims early in the second half as he reflected on the side's season coming to an end, where the Dragons started the first half of the season injury free before Origin and setbacks to key men stalled their momentum.

The side were without Paul Vaughan, Gareth Widdop, Jason Nightingale and Euan Aitken for the clash, while they lost Sims and couldn't get Nene Macdonald off the paddock late in the loss.

NSW forward Jack De Belin was barely sighted at training the past three weeks as he battled an ankle injury.

"We are busted, a lot of blokes got needles," McGregor said.

"[Tariq] got a needle but it wasn't enough to come back. It come down to the field goal but I thought the turning point... we needed 17 fit men and when Tariq went off that put change to that. Nene was injured for most of the second half. There were no subs left.

"Some didn't train this week. [Jack's] been in a boot, then a soft shoe, then a jogger, then a needle into a pair of footy boots. That's how Jack's weeks been, and that's not uncommon like a few blokes."

McGregor indicated the club would hold an end-of-season review, particularly around the management of Origin, but labelled the year an overall success. 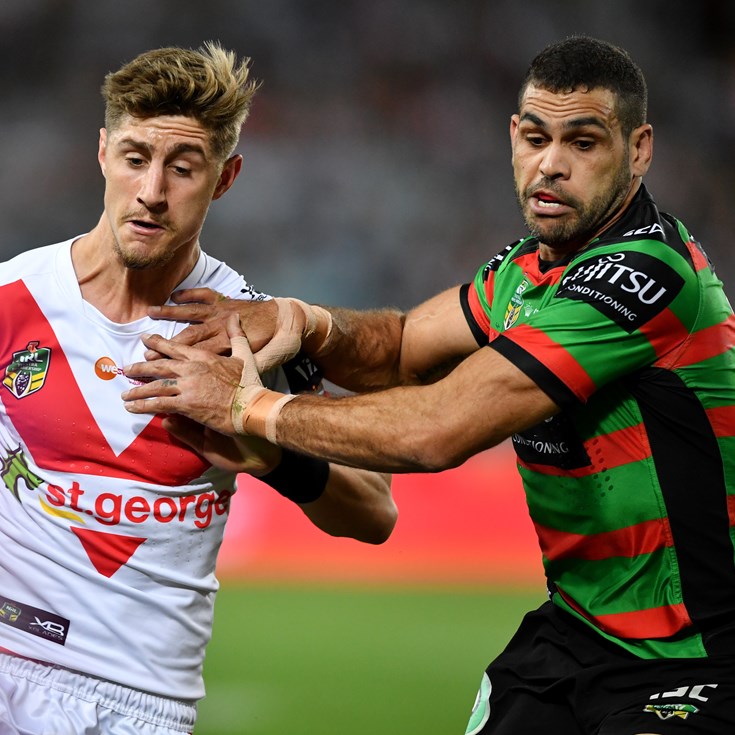