Beating South Sydney at ANZ Stadium on Sunday is just one of two tasks facing Dragons hooker Cameron McInnes - he will also be involved in an Origin selection showdown with Rabbitohs hooker Damien Cook.

McInnes and Cook have thrust themselves into the selection stoplight over the opening nine rounds of the Telstra Premiership season with a series of solid performances.

Unless there is a Blues bolter named at hooker, the pair is essentially locked in a head to head battle for the No.9 jersey in NSW coach Brad Fittler's team for the first game of the series at the MCG on June 6.

Cook is widely considered the front-runner at this stage but a dominant performance from McInnes this weekend could turn the tables in the St George Illawarra rake's favour.

"I've played them that many times now with Charity Shield that it's just another game," McInnes said.

"He's [Cook] playing well and doing a good job for them but my job as the hooker for my team is to get our boys going forward.

"I still don't think I'm at my potential yet. I'm getting better and being more consistent. That's the pleasing thing and I think it comes back to the faith Mary [coach Paul McGregor] has shown in me and all the coaching staff, and the way the boys have accepted me.

"I just want to be playing good for the Dragons. The crowd we had out there today comes off the back of us playing as a team, playing for each other and if individual rewards come later than obviously I'll be happy, but I just want to keep this going because what we are creating is unbelievable."

McInnes isn't the only Dragons player who has an Origin spot to play for in the coming weeks. Lock Jack de Belin is a great chance to make his Origin debut, while forwards Paul Vaughan and Tariq Sims and centre Euan Aitken are also in selection calculations.

Speaking after the Dragons thrashed reigning premiers Melbourne 34-14 on Sunday, Aitken said his own self-belief is the main reason behind his strong weekly performances.

"I back myself in one on one situations and I've got good self-belief at the moment and that comes off the back of a great team. You look left and right and you know you're playing with good players.

"I'm just trying to take each game as it comes and put my best foot forward and do the right thing for the Dragons. Hopefully we come away with wins and that's only going to put me in a good spot [for Origin selection].

"Whoever I'm up against I want to have a big battle with and try to get it over them. If you can get over the opposition centre it's only going to help the team getting the win.

"I love that battle. It makes you a better player, so that's what I want to keep doing - improving and getting better at my game, keep defending well and making sure we are defending as a team.''

With McGregor expecting to lose key players during the representative period, he wants to rack up as many wins as possible with a full team available.

"Whether we can afford to rest them to freshen them up or put them out there for smaller minutes, that is sort of the unknown at the moment. It's still three weeks before they select their side. Anything can happen within three weeks." 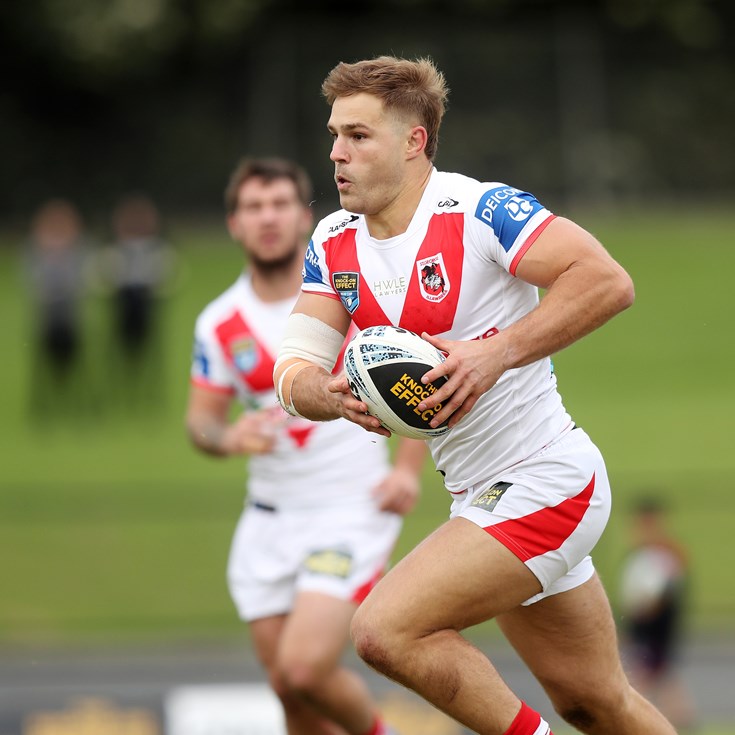