A Tyrone Phillips hat-trick has propelled Penrith to a 30-6 victory against St George Illawarra at WIN Stadium in Round 8 of the Intrust Super Premiership NSW competition.

The Panthers led from start to finish and dominated a scrappy contest in which the Dragons never really got going.

The Panthers opened the scoring after a error-riddled first 10 minutes, taking advantage of a Dragons mistake and a penalty to cross via a left-to-right shift that found an unmarked Phillips on the wing. Adam Keighran's touchline conversion took the visitors' advantage to six.

Phillips crossed again in the 33rd minute, capitalising on some quick hands to race down the western touchline before stepping inside the Dragons' fullback. Another pure strike from Keighran stretched the lead to a dozen.

Just a few minutes later Phillips backed up his first-half tryscoring double with a defensive effort that stopped an almost-certain four-pointer.

The Panthers stretched their lead further just 10 minutes into the second half, half Liam Coleman giving a short ball to Kaide Ellis 15 metres out from the line, with the hard-running back-rower crashing through a couple of would-be tackles before finding the tryline. Keighran again made no mistake with the conversion.

The Dragons, however, struck back soon after with centre Patrick Herbert brushing past his opposite number before setting up the man who provided his pass, Tristan Sailor, to score. Fullback Jai Field's conversion cut the lead to 12.

St George Illawarra had opportunities to further close the gap further and consolidate their best passage of play but a lack of cohesion and energy cost them dearly.

Eventually the Panthers broke the Dragons' back, Jarome Luai stepping through some lazy defence to seal a victory.

Phillips iced the win further, taking a hit-up one pass off the ruck to scoot through more tired defenders to race 30 metres and score his third of the day.

For the Panthers, Phillips was a standout, but he was ably supported by his team-mates, especially Tom Eisenhuth who made a number of strong charges.

For the Dragons, Field was as brave as always and Reece Robson created chances but overall they will be disappointed with their effort.

Next week the Dragons face the ladder-leading Western Suburbs Magpies while the Panthers have the bye. 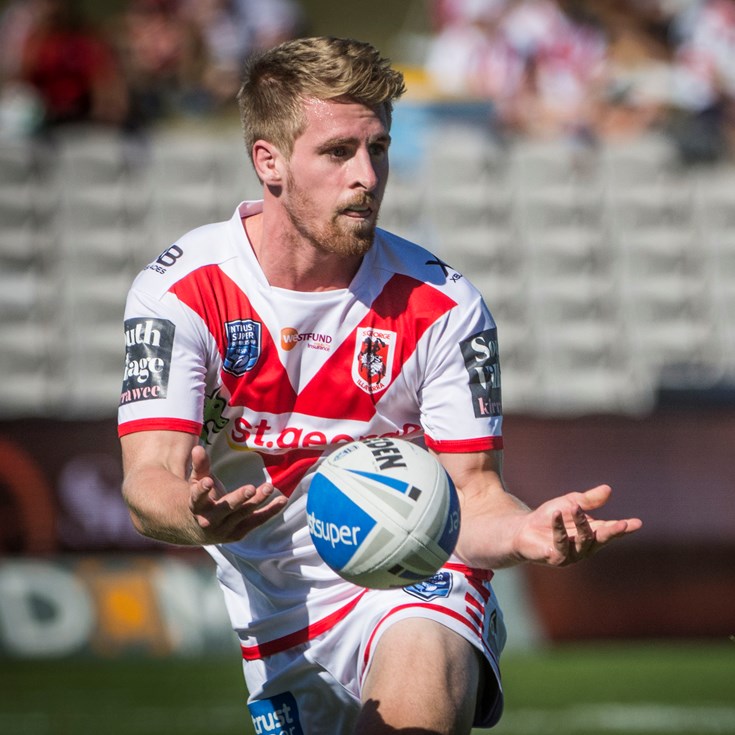 ISP Dragons fall away against Panthers