The game will kick-off at 7:50pm in what will be the second time the Dragons and Sharks have clashed in 2018 for the Monty Porter Cup.

The Dragons currently hold the Monty Porter Cup following their 20-16 win over the Sharks back in Round 2 at Southern Cross Group Stadium.

Coach McGregor has been forced to make one change to the Red V after Luciano Leilua injured his ankle playing for the Intrust Super Premiership Dragons on Saturday afternoon.

Hame Sele comes into the team that featured in the win over the Rabbitohs last Friday night, while Reece Robson has been named in the reserves.

There will be an update on Leilua provided later this week by Head of Athletic Performance Nathan Pickworth in his weekly SMAI High Performance Update segment. 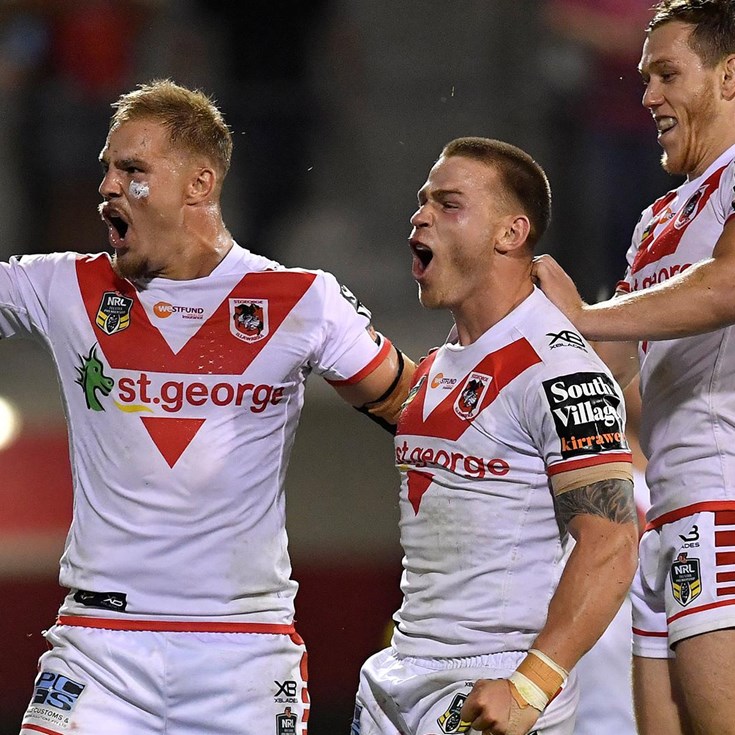