The St George Illawarra Dragons have fallen short in a local derby thriller against the Cronulla Sharks, suffering an 18-14 defeat on Friday night at UOW Jubilee Oval, Kogarah.

A shoulder charge from Sharks prop Matt Prior on Dragons back-rower Joel Thompson allowed Tim Lafai to kick the Dragons ahead courtesy of a penalty goal midway through the first half.

The Dragons bounced back quickly however when prop Paul Vaughan reached out and scored in the 27th minute, helping his side to an 8-6 half-time lead in the process.

Sharks winger Sosaia Feki had the scoring underway in the second half when he crossed over in the corner following a suspect pass from Ricky Leutele in the 51st minute.

The Dragons weren't resting on their laurels though, and Vaughan would be among it once again with his offload allowing fellow front-rower Russell Packer to score his first try in the Red V jumper.

A Hail Mary play from halfback Chad Townsend saw the Sharks score next through Feki again with nine minutes remaining.

Despite the Dragons' best efforts, Feki's late effort proved the difference in the end. 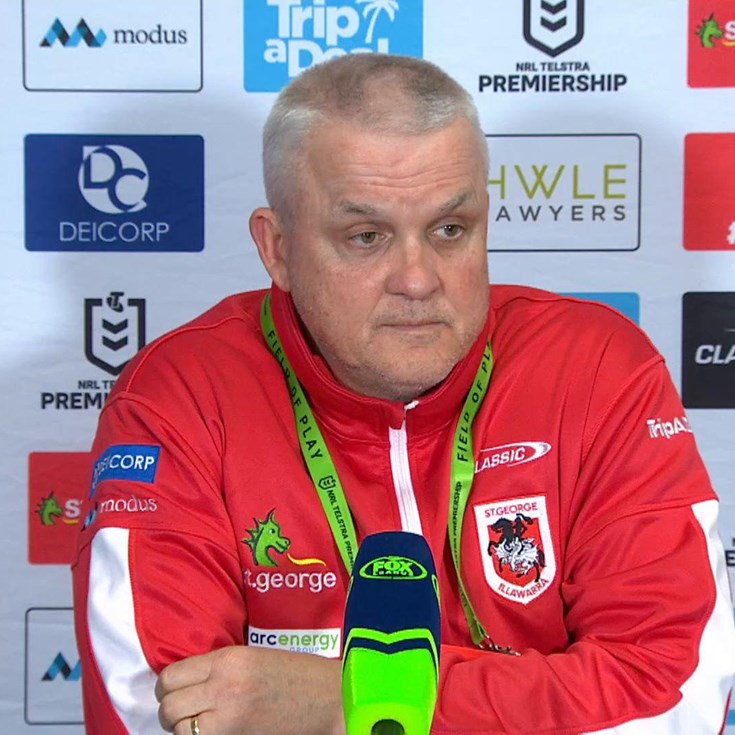