St George Illawarra Dragons Head of Medical and Performance Tony Ayoub provides an update on the team’s preparation following the commencement of the second phase of pre-season training.

The Red-and-Whites have welcomed back returning internationals Jason Nightingale (New Zealand), Gareth Widdop (England) and Mike Cooper (England) into the fold with the trio starting their respective conditioning programs following an extended break.

Dragons second-rower Tyson Frizell (back) and Tyrone McCarthy (hamstring) are presently the only two players in rehabilitation with Ayoub optimistic of that latter’s imminent return to a full training program.

“He is a tough player who has been used to a different volume in terms of loads from his time in England and admits he is doing a lot more running here compared to what he did overseas.

“This took its toll on him but he’s back now after doing some extra running during the break.

“He ran 4.5 kilometres at a high intensity during one session this week and we’re estimating one more week before he returns to the main group.

“It’s a little glitch for him unfortunately but now that we are aware of his loads it’s something that we can monitor.

“Furthermore, the three returning international players have fitted in seamlessly and they all came in during the break to train by themselves.

“Gareth actually came in a number of times off his own bat and did some extra sessions with some of the staff who were willing to come in over the break.

“They have commenced their routine as if they never had a break and it’s been positive.

“Overall, the players have responded well so far to the new bloc of training and it will be a tough three-to-four weeks for them.

“All the players have returned in really good shape as they were given individual programs from our strength and conditioning staff for the holiday period and most were happy to do some extras.

“They are all aware of just how important this month is and we’ll put our heads down until the end of the month before backing off once the trials commence.” 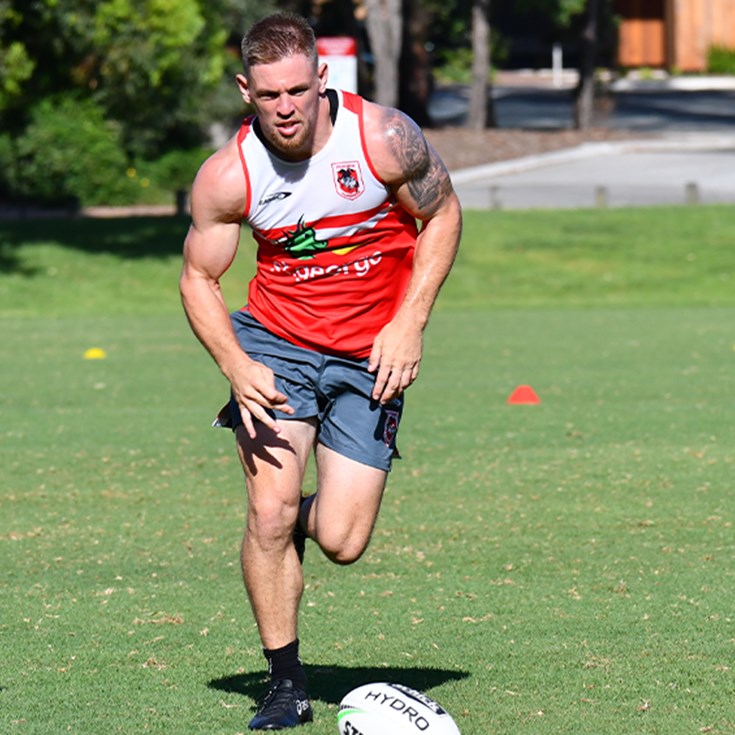