St George Illawarra Dragons hooker Josh McCrone literally aims to “put as many strings” on his bow to help cement a spot in the team.

The Temora Dragons junior joined the Red-and-Whites during the off-season on a two-year contract from the Canberra Raiders and arrived knowing he needs to work hard to earn a starting spot.

McCrone, 28, believes his present strength lies in his versatility playing as either hooker or halfback and is keen to test himself against established players such as teammate Mitch Rein.

“Mitch is an absolute machine both in the gym and on the field and he is my yardstick at the moment,” said McCrone.

“He is professional in everything he does and it is a matter of matching him at the moment.

“I was stuck in reserve-grade at the Raiders previously and sort of found myself wedged-in amongst the halves spots.

“I spoke to Paul McGregor and an opportunity arose to join the Dragons, obviously with no guarantees, and here I am ready to try my best at gaining a hooker or halfback role.

“There’s some awesome depth here at the moment which is only going to spur everyone on to get even better.

“I’m excited by the fact the challenge is going to make me a better player too.

“The best thing for me at the moment is trying to cement myself as a utility and see where I go from there.

“Eventually though you would like to cement yourself a spot in the starting team as everyone wants to do that as a footy player.

“Initially though I need to put as many strings as I can on my bow and go from there.

“The pre-season has involved a lot more contact to what I was used to at the Raiders for this time of the year.

“There was a lot more emphasis on running and long distance endurance at the Raiders and we had our anaerobic fitness down pat.

“Here with the Dragons you do this with your tackling so while it’s a bit more brutal on the body its more specific match fitness which is even better.

“I’ll just keep trying to rip in and I know my time will come.” 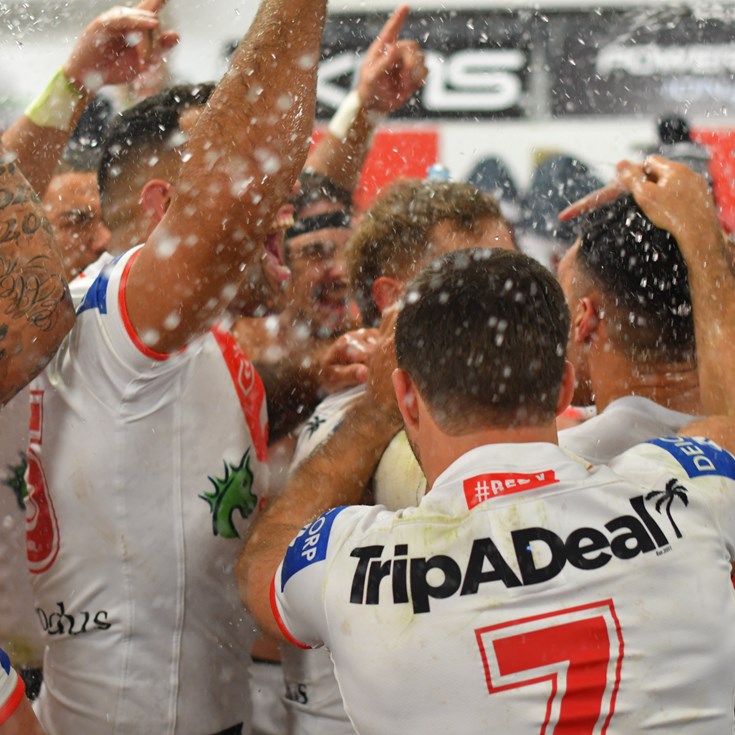