By Jack Books and Jake Bull

The St George Dragons Harold Matthews (U16) and SG Ball (U18) teams were both unable to make a splash against the Sydney Roosters at Norford Park, Sefton.

The Dragons Harold Matthers team were out first but were on the pressured by the opposition for the majority of the first stanza.

Despite some impressive defensive play by the Dragons, including a big hit from Eniasi Tokelau, the Roosters took a four-point lead.

However, a Roosters knock on saw the Dragons match the Roosters with a try from Hussain Awada.

A series of penalties kept both teams on their toes as the Dragons and Roosters were able to travel the whole field on the back of stupid penalties.

While the Dragons displayed a solid defence while under pressure, including a brilliant corner post tackle, a Roosters break from within their half saw them retake the lead before the end of the half at 8-4.

The second half saw the Roosters push further into the lead with two tries in the 35th and 40th minutes respectively, pushing them ahead 16-4.

An excellent try from Feliuaki Palu pushed the Dragons closer but a Rooster try in the 50th minute set the win.

A final try from Andrew Kapinga on the full time buzzer, however, helped end the game on a positive note for the Dragons at a final score of 20-12.

The Dragons SG Ball followed up and immediately the intensity picked up with both sides delivering heavy hits.

A Roosters try in the first 10 minutes immediately upped the stakes and a corner post try from Daniel Stojanovski brought the game back to a tie.

Despite several mistakes from the homeside, and heavy hits from a solid Dragons defence, the Roosters went in for their second try.

However, an intercept from Joe Lovodua served as inspiration for the team, delivering two extra tries from Delane Cherrington and Bessie Aufaga-Toomaga before the end of the half with the Dragons leading 12-8.

The second half proved disastrous for the visitors with the Roosters scoring four tries in 20 minutes, pushing them ahead 12-24.

Fortunately, the Dragons made a comeback in the final minutes, thanks to Wing Dean Xenos, scoring one try himself and setting up another for Joe Lovuda.

Sadly, this was not enough for the Dragons who went down 20-24.

The Illawarra Steelers Harold Matthews (U16) and SG Ball (U18) teams had a mixed day against North Sydney Bears at WIN Stadium, Wollongong.

While their previous form has been positive in recent weeks including games against St George Dragons and Sydney Roosters, one side had better fortunes than the other.

The first game was the Steelers Harold Matthews team and with both teams still finalising their squads, this game was very important.

In the end, it was all about the Steelers as they dominated the game to run out seven tries to two winners for a total score of 28-8.

Next up were the Steelers SG Ball team and it was a much closer affair.

Both teams offered signs of improvement and intensity but ultimately the Steelers were downed 16-12.

The St George Illawarra Dragons Junior Representative sides will all have the upcoming weekend off ahead of the start of the new season. 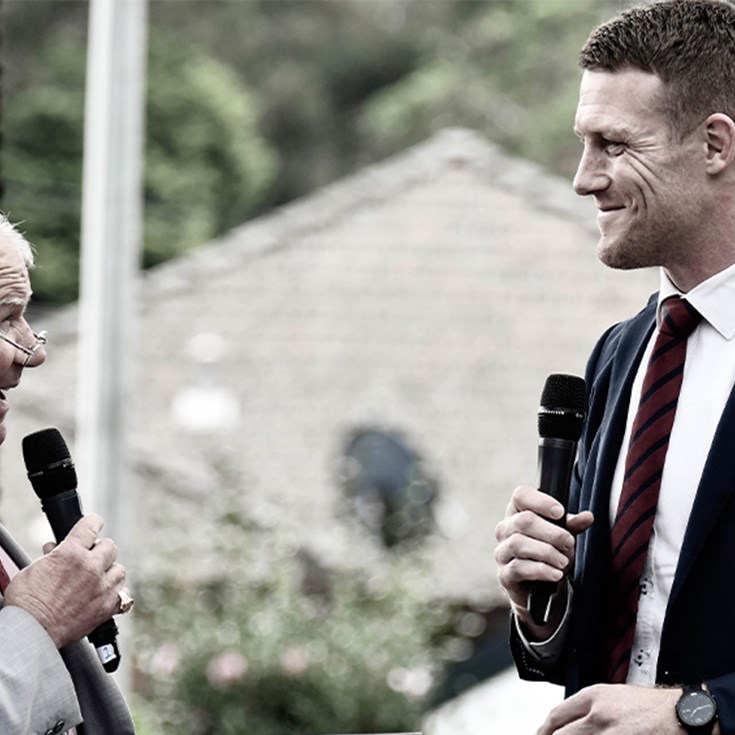