The St George Illawarra Dragons were defeated 26618 by the Penrith Panthers at WIN Stadium, Wollongong on Sunday.

The Young Dragons scored thrice in the narrow loss with Haydne McCrae, Euan Aitken and Shannon Crook all crossing the stripe.

Co-Head Coaches Ben Hornby and Dean Young made only the one change to the line-up announced midweek with interchange prop Thomas Freebairn joining the run on side.

The Panthers ran-out victors in the two outfits previous encounter and were the first this time around to claim the opening four-points when second-rower Chris Smith broke into a hole six minutes in.

The visitors continued their opening assault ten minutes later when fullback Dallin Watene-Zelezniak collected a grubber in the in-goal area.

The Panthers continued to pile on the points with a try shortly thereafter to winger Christian Crichton.

Refusing to go down without a fight, Dragons hooker Hayden McCrae fooled the Panthers defence with some neat steps to skip over the try line untouched.

Dragons five-eighth Shannon Crook converted to make it 16-6 prior to the interval.

The hosts came out strongest when second half recommenced as Crook sent centre Euan Aitken over for a four-pointer in the 52nd minute.

Crook slotted a sideline conversion to make the score 16-12.

But it was not enough to halt the Panthers attack, and the visitors scored once more through Crichton with 13 minutes left on the clock.

However, the Dragons bit back with four minutes remaining with a try to Crook under the posts.

Crook converted his own try to make the score 20-18.

But it was the Panthers who had the final say, as Brackenhoffer crossed over on the final siren.

Brackenhoffer then converted to make the final score 26-18. 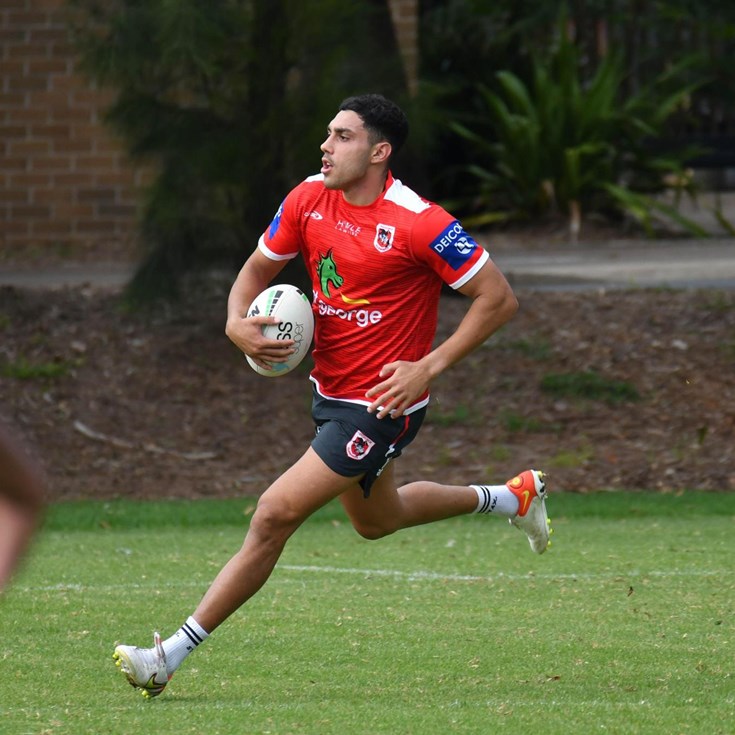