One has been at the Red V for three seasons and played in four local derbies, the other is yet to play a game for the club but revelled in the intensity of the Dragons-Sharks showdowns during his four years in the Shire ... both have a red circle around March 24, 2022 on their calendar.

For fourth-year Dragon Josh Kerr and new recruit Aaron Woods, the clash with the Sharks in round three next season can't come quick enough as they eye a flying start to a new campaign and bragging rights over a fierce rival.

Kerr's record in the derby stands at 1-3 and he has clear memories of the veteran Woods taking great delight in rubbing it in when Cronulla took control.

Now he gets to play alongside the 233-gamer, who boasts an impressive four wins from five derbies during his four seasons as a Shark.

"I played against Woodsy a few times and he geez he can talk some smack on the field," Kerr joked as he fronted the media at WIN Stadium on Tuesday.

"He probably rubbed me up the wrong way when I first played him but he’s an absolute legend and it's great to have old heads like him and George Burgess and Moses Mbye on board.

"They are very funny old boys but good people and good football players. They know what it takes to win games and win premierships and having them here brings competition for spots.

"That’s the way you grow as a football player and as a man – you've got to have that healthy competition for spots. Whether it's middle or back row I will train hard in both positions and make sure I’m ready to go.

"Everyone has clicked straight away and we are building a good culture and heading to building something special.

"The club has a rich history and it's only right that we all do it proud."

For Woods, who turns 31 the day after the Dragons' season opener against the Warriors, the prospect of sharing some wisdom with his younger team-mates and learning some new tricks under Anthony Griffin has him ripping in to his pre-season work.

"When I chatted with 'Hook' [Griffin] last year, we spoke about areas in my game I want to work hard on and he said he would drive me and help me to do that," said Woods.

"He was always really open and honest and he won’t walk by the tough questions, he always walks in and gives it to you and it's something I've enjoyed. He likes to get more of the mental side of things through his training sessions.

"I've been around for a while now, this is my 13th season, and I just want to learn and get better and it's a massive challenge.

"The boys at this club are really fit and have all come back in really good nick and if we can get a full season out of Ben Hunt, with Tariq Sims as well, and George Burgess and and Jaydn Su’A coming, we’ll be a team that has to be taken seriously.

"Blake Lawrie is a young leader, always gives 100 per cent, and the way he handles himself at training he is one of the vocal players.

"Josh McGuire calls a spade and spade and has been around a long time and he has a really good footy brain."

As for that date with his former Sharks team-mates in Wollongong in round three, the veteran of 17 Tests and 14 Origins can't wait to renew acquaintances with the likes of Toby Rudolf, Braden Hamlin-Uele, Andrew Fifita and Briton Nikora.

The must-see games for Dragons fans in 2022

"We always loved the derby when I was at Cronulla. We used to say we were the little brother so I guess I might be the bigger brother now," Woods said.

"The fans love it, everyone in the Shire loved it, and I see a few people there and they can't believe I'm playing in the Red V now and wanted to disown me but it is what is and I can't wait to play that game

"I'd love to get a try against the Sharks in the derby, that’d be unreal." 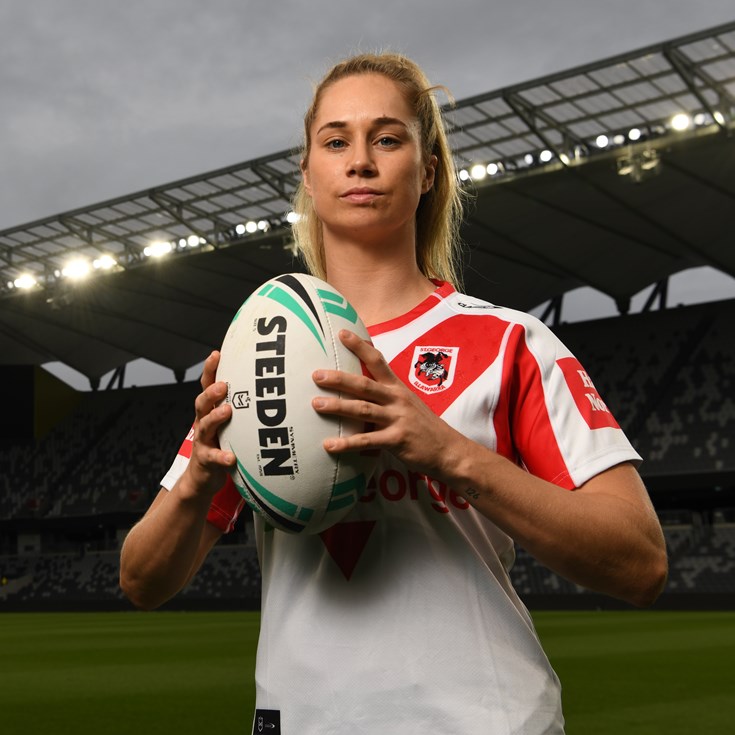