Veteran Red V rake Andrew McCullough says the experience gained by young guns Jayden Sullivan, Tyrell Sloan and Talatau Amone was the big positive to come out of the horror run that saw the Dragons lose eight in a row to plummet out of finals contention in 2021.

McCullough, who played 21 games in his debut season as a Dragon before succumbing to an ankle injury, is adamant the talented trio will have taken huge benefit from their torrid initiation to the NRL pressure cooker.

“That was a tough run for us last year but it gave those young kids a bit of an insight into what it takes to compete,” said McCullough.

“If we can take anything out of that rough time it’s that those three boys learned more about being a professional. They will make some mistakes along the way but that’s part of the learning.

“Kids like Jayden come here with a can-do attitude and rip in. They just want to come in and have some fun with their mates and they don’t think about getting things wrong and that rubs off on the older guys.

“They are good kids off the field as well.”

Just 11 games shy of joining the 300 Club, McCullough is cranking up preparations for his 15th season in the NRL and “getting plenty of miles” back in his legs on the track.

The must-see games for Dragons fans in 2022

“It’s progressing nicely and I’m just glad to be back doing some skills work,” McCullough told media on Tuesday.

“I’m taking my time and making sure I get the strength and flexibility back in the ankle.

“I won’t be rushing it but just trying to build on it until the start of January and then I’ve still got another six weeks after that [before trials].

“It’s just another adversity I have to take care of. I’ve been through it before and I enjoy the challenge of getting back.”

McCullough turns 32 in January and is being joined at the Dragons this year by three more seasoned campaigners in Moses Mbye, Aaron Woods and George Burgess.

The hooker says coach Anthony Griffin has made it a mission to add depth to the squad and make life easier for the rookies by surrounding them with players who know what it takes to survive the weekly grind and enjoy success.

“It’s only going to help us to have guys like Moses Mbye who have been there and done it before who can take a load off the younger kids or vice versa if the older blokes are battling a bit,” McCullough said.

“You need that balance and that’s what ‘Hook’ is trying to achieve.

“The good teams are able to have that balance and depth. It’s hard for young guys to be up for that long period of time as we found last year.”

For Sullivan, who last week signed a new deal to remain with the Dragons until the end of 2025, the start of the new season can’t come quickly enough as he looks to establish himself in the halves.

The 20-year-old is determined to repay the club that gave him his shot at the big time and says he never even considered leaving.

“My whole family lives down here [Wollongong] and I’m a big family man and not sure how I’d cope with moving,” he said.

“When we went to Queensland with the bubble this year the first opportunity I got to come home I was on the first plane.

“We have some good talents coming through [Sloan and Amone] and we are keen to learn off guys like Woodsy and [Jaydn] Su’A.

“All we’ve known is playing alongside each other and to do it on the big stage is pretty special.” 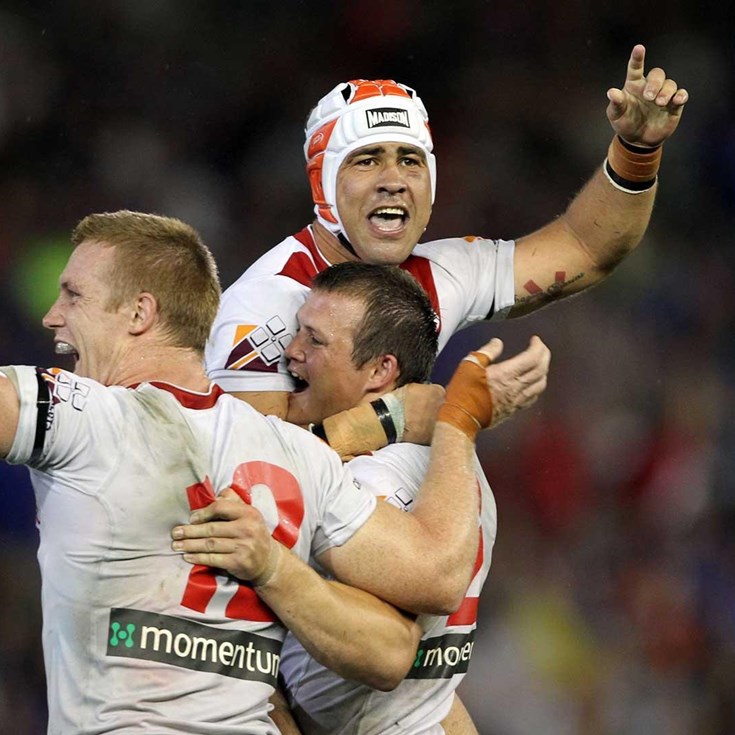