St George Illawarra coach Anthony Griffin has finalised his squad ahead of the Dragons' Round 21 clash against the Canberra Raiders on Friday, August 6 at CBus Super Stadium, Gold Coast.

Ben Hunt (arm) has been ruled out for at least the next four games. Adam Clune and Corey Norman are the new halves pairing with Talatau Amone and Jayden Sullivan dropping back to the interchange and extended squad respectively.

Zac Lomax and Cody Ramsey are the new centre pairing as a result. Andrew McCullough has been named captain in Hunt's absence.

Josh Kerr and Gerard Beale round out the dozen suspensions following the Shellharbour incident in early June, while Tyrell Fuimaono will be forced to spend another week on the sideline after accepting an early guilty plea on a dangerous contact charge.

Mikaele Ravalawa returns from suspension on the wing, while Josh McGuire, Blake Lawrie and Jack de Belin have all been named to start in the forwards. Kaide Ellis reverts to the interchange and Poasa Faamausili drops to the wider squad.

Jack Bird has been named at fullback at the expense of Tyrell Sloan who drops out of the 21 altogether. 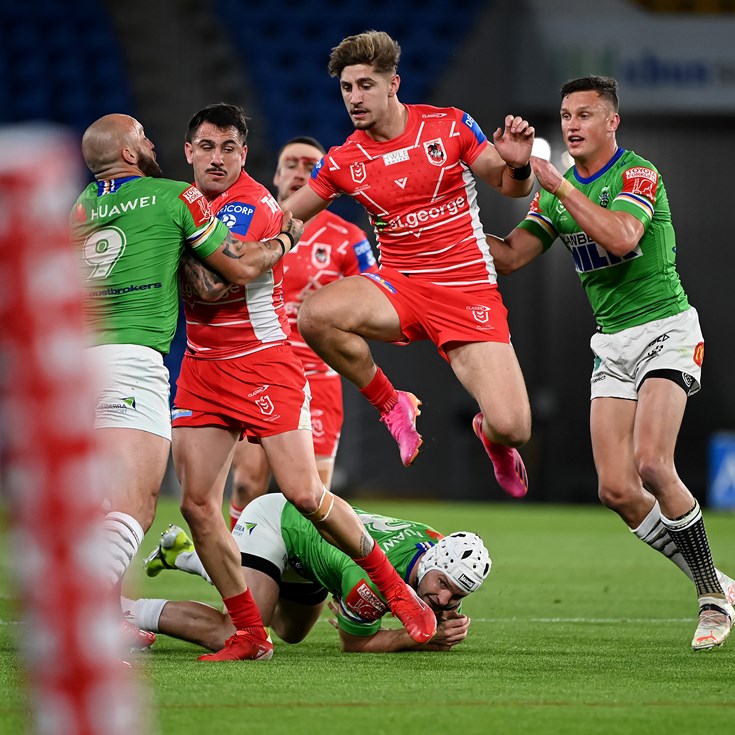 Dragons can't get the job done against Raiders