Blues enforcer Tariq Sims is hopeful no State of Origin stars will take advantage of the game's crackdown on high contact by trying to milk penalties.

The issue was raised in Friday night's Wests Tigers-Panthers clash with Fox League commentator Michael Ennis claiming "any time there was contact around the head area, players stayed down and they got the rewards".

Tigers fullback Daine Laurie got up smiling broadly after one such incident where he copped a slap to the face and remained face down on the turf before his team was awarded a penalty.

While Sims didn't watch that match as he spent time with his family, the NSW second-rower was forthcoming when asked if gamesmanship of that nature could infiltrate rugby league's toughest arena.

"You’d like to think not. She's a slippery old slope that one, mate," Sims told NRL.com after Sunday's training session leading into game one at Townsville.

Anaconda Fish of Origin - Episode I

"That's a really good question. You'd like to think that no one would milk a penalty but it’s a competitor's edge - if you want to win, you win by any means necessary.

"It's unfortunate but it's something that is going to be hard to police. I don't think that we can get on top of it."

Sims, whose aggressive playing style has resulted in several suspensions across his impressive 194-match NRL career, has made an effort to tweak his tackling technique in light of the crackdown.

"The game's adapted so much and changed so much that you need to adapt to it," he said.

"There's no point in playing footy [in Sims's role] if you’re only going to be out there for 70 or 60 minutes of the game [due to a sin bin or send-off for high contact].

"Because in the long run, you're just going to burn more energy of your teammates' or yourself and put your team at a disadvantage.

"Every time you go out there you want to be competitive and hitting in the right areas."

After spending Saturday hanging out with his daughters and loved ones as NSW broke from camp, the Dragons veteran was relaxed upon resuming preparations for his third Origin appearance.

"It was a wonderful day. I went to TimeZone and then went down to Gerringong, saw Mum and Dad and saw some really close family and friends that are pretty much all family to me," Sims said.

"I cooked dinner at home and I had a nice little sleep-in with my daughters this morning and got picked up at around 10 o'clock and straight back into camp. 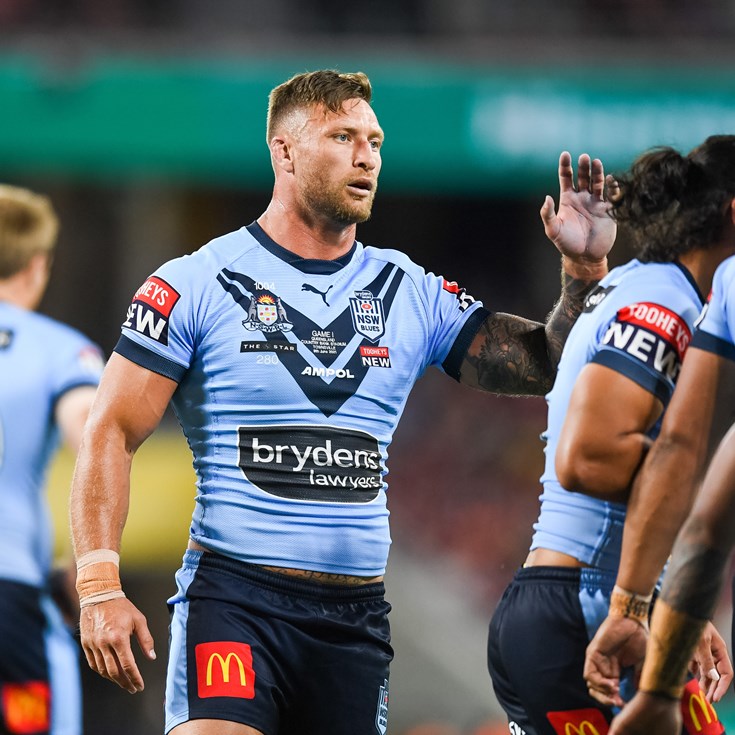