Brett Morris knew almost the moment he suffered a torn ACL in Newcastle last month that it would be the last match of his career.

An emotional Morris hung up the boots at the age of 34 on Monday at the SCG, bringing to a close one of the great rugby league careers.

Morris's 276th NRL game in round eight was his first as Roosters captain but ended in disaster when he suffered an ACL rupture late in the win over the Knights.

"You never want to go out the way I did with the injury," he said.

"But if you told me 15 years ago, you put a contract in front of me and said I was going to play 270 games, win a couple of premierships, play for my state and my country but it was going to end up on a night in Newcastle without my family there and I was going to blow out my knee, I'd still say 'where do I sign'.

"I wouldn't change a thing, I've loved every minute of my career."

Faced with a recovery of at least nine months in what was already likely to be his final season, Morris decided to draw the curtain on a glittering career.

Surrounded by his teammates and Roosters coaching staff as well as his family including twin brother Josh, wife and three children, Morris got a bit teary as he confirmed now was the right time to hang up the boots.

Brett Morris picks the favourite tries of his career

"I've had a wonderful career spanning 16 seasons," he said.

"I started as a skinny young kid and finished as an old man with a couple of kids. My rugby league journey has been a wonderful ride.

"It's been a long ride, a long journey. The playing part has come to an end but hopefully my journey in rugby league is not finished yet."

He paid special thanks to his mother and siblings and expressed gratitude for having been able to share the right with Josh from their backyard to the biggest stage.

"Josh, you've been there the whole way mate since we were four years old and all we wanted to do was play NRL. To have a brother and best mate go about our journey together, it's been a wonderful thing and so many great memories," he said.

Morris was also able to find a silver lining in now being able to spend more time with his wife Kate and three kids Emily, Ellie and James, getting teary as he thanked them for being there through the journey.

"Kate, you're always there. The highs and the lows, you've ridden it with me for a long time now and made me a better person, better father, better player," he said.

"Without you I don't think I could have achieved half the stuff I've achieved over my career so I want to thank you."

He won premierships with St George Illawarra in 2010 and with the Roosters in 2019 after debuting at the Dragons in 2006.

He scored a stunning 23 tries in 18 Tests for Australia, including a double in the 2013 World Cup final win.

Morris also played 15 Origins for NSW with four tries and was a member of the drought-breaking 2014 squad, memorably making a match-winning and series-defining tackle with a broken shoulder in game one.

He spent most of his 16 seasons in the top grade commonly regarded as the best winger in the sport.

His blend of speed, strength, power, athleticism, competitiveness and professionalism made him the full package in terms of the modern-day winger.

One of the best defensive flankers throughout his career and a huge threat in the air, Morris was one of the great finishers and capable of turning any half-chance into points.

Morris said while his mind could still handle the rigours of NRL, the knee injury was a sign he could no longer put his body through the punishment and he knew almost the moment he suffered the injury that it would be the last one of his career.

"I probably knew there and then that was probably going to be the last time I stepped foot on a field as a player," he said.

"[As you get older] the little niggles turn into big niggles, they take a lot longer to get over and I think the knee blowing up was my body's way of saying 'all right champ, you've had a good run. Enough's enough'."

Morris reiterated his desire to get into coaching, hopefully at the Roosters.

"I love the club; I've been very vocal in the way I speak about this club, when I came here three years ago I was in all sorts and for the club to take me in and for me to relish in that opportunity and play some of the best footy I've played in a long time, it's a place I want to be and want to continue to work at," he said.

Brett is one of the best, if not the best, finishers in the history of our game.

Roosters coach Trent Robinson said it had been a true honour to coach him and praised his commitment to move into a coaching role.

"You can see the value he's added off the field as well... the way he delivers it as a man and the way he carries himself, that's still getting passed on to the yonger players," Robinson said.

"We can't replace what Brett's done on the field over 270 games and 16 seasons but it was a blessing to have him play at this club for three years and to see the way he played and he can continue to pass that on." 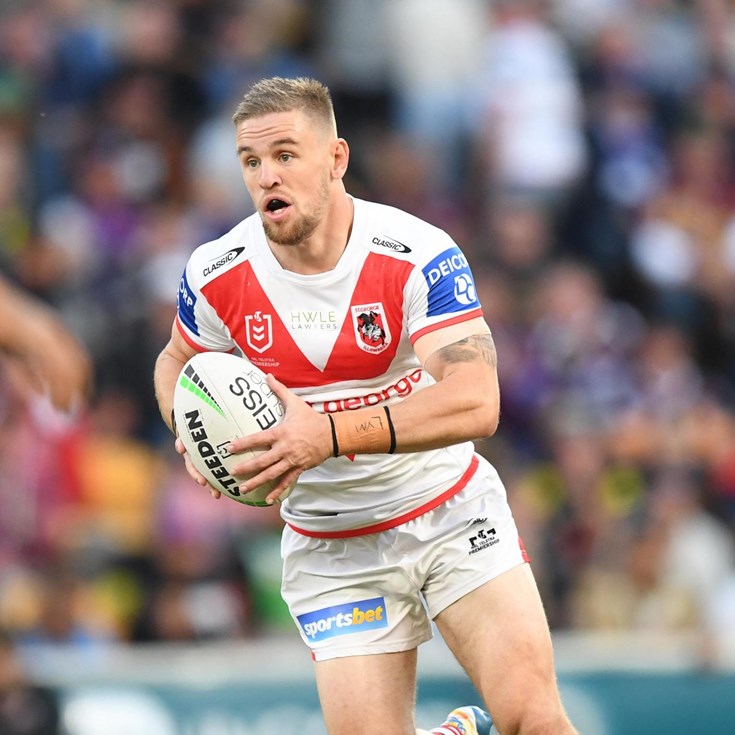 Behind enemy lines: Round 23 v Roosters