St George Illawarra interim coach Dean Young has finalised his team ahead of the Dragons' Women in League Round clash against the Newcastle Knights at McDonald Jones Stadium on Sunday, September 20.

Eddie Blacker and Jayden Sullivan are the final two players to drop out of Tuesday's initial squad after Euan Aitken and Adam Clune were ruled out with hamstring injuries.

Brayden Wiliame returns to play for the first time since Round 4, while Tariq Sims will start in a reshuffle that will see Jackson Ford, Cameron McInnes and Ben Hunt play lock, hooker and halfback respectively.

The Dragons will contest the Knights in the sixth-annual Alex McKinnon Cup, a contest that the Red V have never lost. McKinnon debuted for St George Illawarra in 2011 before heading to Newcastle the year following.

McKinnon's career was tragically cut short in the early rounds of 2014 after a tackle gone wrong resulted in the now 28-year-old becoming a quadriplegic.

Max Feagai has been named for his NRL debut from the interchange and will become St George Illawarra player No. 236. Billy Brittain (concussion) wasn't named. 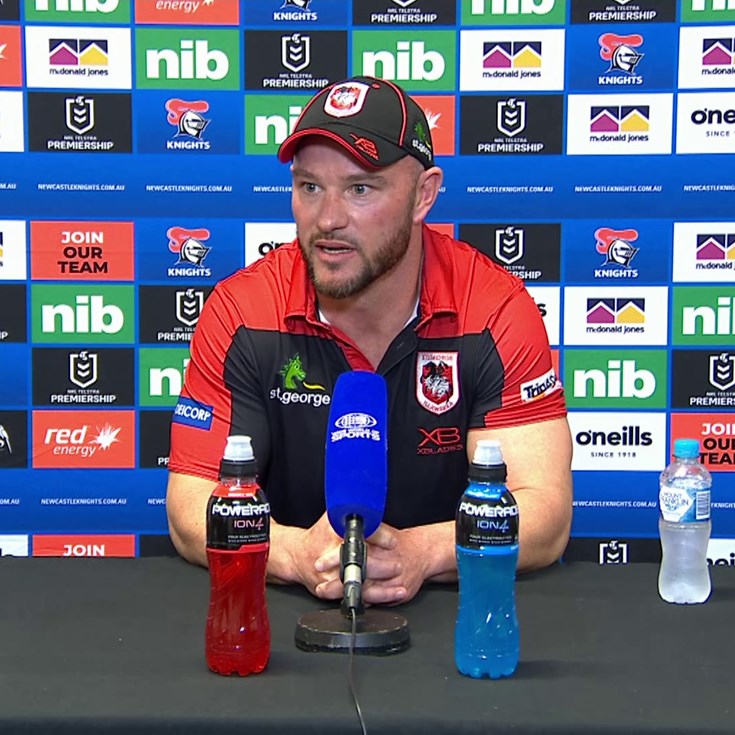