Shaylee Bent wasn't alive when Indigenous and Torres Strait Islander children were removed and left disconnected from communities during the stolen generation period that spanned more than seven decades.

But the St George Illawarra forward, together with the team at Link-Up NSW, are experiencing first-hand the lasting effects that still linger from the devastating events that took place across Australia during the last century.

Bent, 19, is an Indigenous All Stars and Australian representative on the rugby league field but her work off the paddock with Link-Up is combining well with her learnings around Aboriginal culture and ambitions to become a school teacher.

Bent's role as a Link-Up caseworker is to assist Aboriginal people who have been directly affected by past government policies that include their removal from local communities.

This includes the difficult tasks of researching a person's background before trying to reunite them with their families. In some cases, this can take decades.

"It is very confronting, rewarding and emotional … all those things," Bent tells NRL.com.

"I came here to work straight from school and didn't have that sense of identity to the Aboriginal community so have learned so much.

"We reunite them with siblings, show them around the places they were originally from and try to get them back within their local communities.

"You're with people on their whole healing journey process from the start to finish.

"It's rewarding when you can find who they're seeking, but sad on the other side when you're unable to find what they need or that person they're trying to find may have passed on.

"I think the main message is though that we're still working with a lot of people who remain affected by past policies and footy is a great way to acknowledge the past and remind people of that."

A Wiradjuri woman from Sydney's west, Bent's father Paul is of Indigenous, Ukrainian, and Irish heritage, while her mother Georgina is of Greek descent.

Shaylee is one of seven children with older brother Peter a former SG Ball player for Manly and younger sister Janaya in the Rabbitohs squad for the Harvey Norman NSW Premiership.

"Growing up I knew I was Aboriginal and did things at schools but not a lot of cultural stuff," Bent said.

"My first All Stars game [in 2019] I learned so much about my culture and without footy I probably wouldn't have learned what I know now.

"It was a massive experience for me to bond with the girls and learn a lot through the coaches and their journeys."

Bent spent last season with the Dragons in the NRLW and was 18th player for NSW in the Origin fixture at North Sydney Oval.

She's expected to push for Origin selection at season's end after representing the Jillaroos in the World Cup Nines in October last year.

"I feel like it's just luck," Bent said when asked about her recent progression.

"There are so many incredible players out there but it's about what I do now and the opportunities I can take from that.

"Getting that professionalism around the strict gym and running programs is something I want to work on … the players' dedication and learning about nutrition is an area I want to grow in." 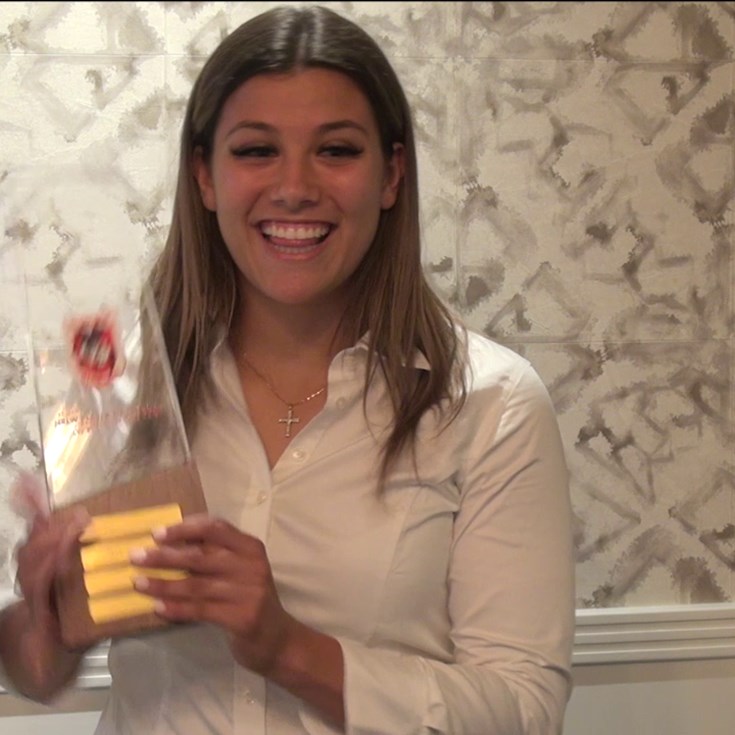