The Dragons will be the away team when Cronulla host them at Netstrata Jubilee Stadium in a derby clash that could have finals implications.

With their home ground out of action due to redevelopment work, the Sharks will be hoping they can put a dent in the resurgence of Paul McGregor's team.

Both sides head into the match with cause for optimism.

A win in in this one would give the Dragons real hope they can make the top eight.

Sharks: Josh Dugan was ruled out on Friday with hamstring tightness and his place is taken by Bryson Goodwin. Dugan was to have made his 200th NRL appearance and the club is hopeful he will only miss a week and will chalk up that milestone in round 12.

Jack Williams starts at lock with Toby Rudolf to come off the bench. Billy Magoulias, Braydon Trindall and Daniel Vasquez were the other players to drop out of the initial 21-man squad.

Siosifa Talakai starts in the back row for the suspended Briton Nikora and debutant Teig Wilton is the new name on the bench. Winger Sione Katoa has scored eight tries in his past six games.

Dragons: Tyrell Fuimaono starts for the suspended Tariq Sims in the back row with Jacob Host joining the interchange. Fullback Matt Dufty has scored five tries in his past three games.

Tristan Sailor and Korbin Sims dropped off the extended bench on Saturday after Eddie Blacker and Billy Brittain were omitted from the reserves 24 hours before kick-off.

Shaun Johnson v Corey Norman. Two of the great enigmas of the NRL. This supremely talented pair are proven match-winners, with the slight on both being that critics would like to see such displays on a more regular basis. If they both fire on Saturday night, fans are in for a treat.

Dragons prop Paul Vaughan has sent a timely reminder to rep selectors with his form over the past two weeks. He backed up a monster 237m performance in the win over Manly with another 184m in the win over Canterbury. His battle with Sharks front-rower Aaron Woods will be worth watching. 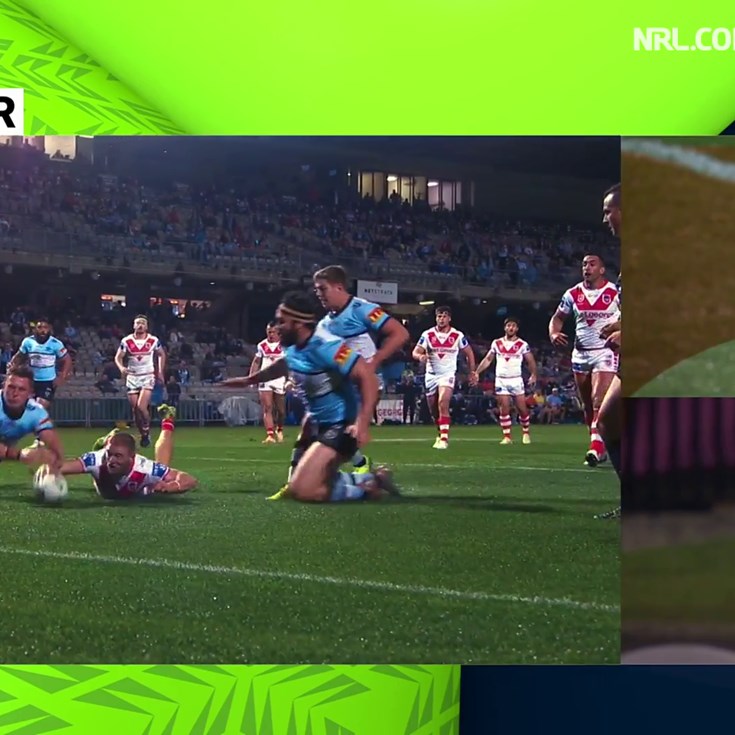