St George Illawarra coach Paul McGregor has finalised his team ahead of the Dragons' Round 3 clash against the New Zealand Warriors at Central Coast Stadium on Saturday, May 30.

Trent Merrin and Adam Clune are the final two to drop out, following Jacob Host and Jackson Ford omissions on Friday.

Skipper Cameron McInnes (knee), Korbin Sims (arm), Tariq Sims (suspension) and Mikaele Ravalawa (quad) are all been named to start, having missed the Dragons' Round 2 clash against the Penrith Panthers back in March.

Matt Dufty retains his spot at fullback, with Zac Lomax shifting to the centres in place of Tim Lafai.

Jacob Host, Trent Merrin and Billy Brittain come off the interchange; replaced by Tyrell Fuimaono and Blake Lawrie (who both started in Round 2) as well as Euan Aitken.  Issac Luke has also not been named. 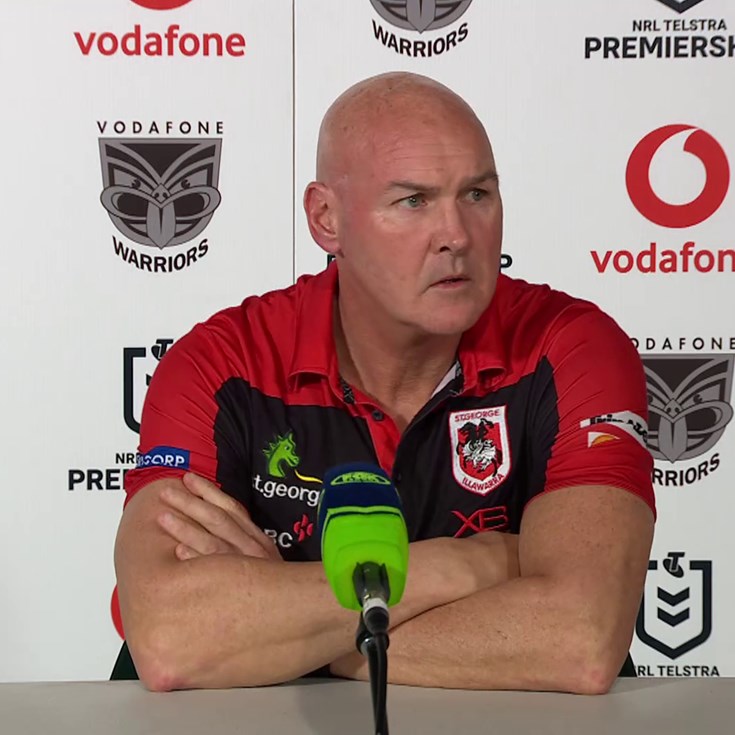 Dragons fall to Warriors in Gosford

Behind enemy lines: Round 3