When Harvey Norman NSW Women’s Origin representative Holli Wheeler ruptured her ACL at the NRL Nines in February she was absolutely crushed knowing her season was over.

Wheeler had a huge year in 2019 where she won back-to-back State of Origin titles with NSW, took out the Harvey Norman Women’s Premiership with CRL Newcastle, won a Test match with the Australian Jillaroos over the Kiwi Ferns and reached the finals series with the St George Illawarra Dragons in the NRLW.

Fast-forward to April 2020 and while the COVID-19 pandemic has seen Rugby League suspended until May 28 it thankfully has not impacted Wheeler’s road to recovery too much.

The second-rower is five weeks post-operation and is benefitting from telehealth calls and zoom meetings from Wollongong-based Dragons physiotherapists BaiMed.

“I’m really focusing on my muscle around my knee, my hamstrings, my quads and everything like that, trying to activate all of that and turn them all back on,” Wheeler said.

“It’s really basic exercises which is quite boring but it’s got to be done.

Super grateful to be able to access @baimedperformance via their new Telehealth program. ⁣ From the confines of my apartment in Sydney the team are able to modify my milestone based rehabilitation and continue to provide evidence based programs that are perfect for where I am up to in this 12 month rehab program.⁣ ⁣ So the pandemic might have changed so much with our social distancing but my rehab doesn’t have to go off course. Amazing to see how technology can assist us and the resources and immediacy of feedback is absolutely awesome 🙌🏽⁣ ⁣ #grateful #rehab #aclrecovery ⁣#rugbyleague #nrlw @baimedperformance @baimedphysio

“The gyms being closed is the hardest thing, obviously, what I can do with my legs is minimal but wanting to do upper body, the basics, like a chest press is a bit hard when we haven’t got that much stuff at home.

“I’ve got a couple of bands and medicine balls and went out and grabbed as much gym equipment as we could before the gyms shut but everything was sold out it, it was just hectic, I couldn’t believe it.

“I’m fortunate with where I’m at with recovery at the moment because a lot of it is band stuff or body-weighted work so it’s all good and I’ve getting on a bike and going for a ride so that’s been good.”

Having a wheelie good Sunday 🚲 ⁣ Riding has become one of my main cardio sources since injuring my knee. ⁣ ⁣ My rides are getting longer and longer - kicking small goals each week (don’t mind the pain in my face I swear I loved it). ⁣ #recovery #smallgoalsbigchanges

The 30-year-old admitted that the mental strain of isolation coupled with an injury hasn’t been quite as easy as her physical recovery but she has managed to deal with that by drawing on some techniques she learned while in camp with the Jillaroos last year.

“Personally, even without the knee injury I’d be feeling my mental health – to go from such an active, routine lifestyle, training playing, going to the gym - all of that’s practically been taken away and its affected my mental health massively and everything that goes along with it,” Wheeler said.

“The Jillaroos are a massive help, we’re linked in with Nigel Beach over in New Zealand and he teaches the Wim Hoff breathing method, so a lot to do with your breathing and resetting.

“It focuses on your breath and breath work and if you feel yourself getting a bit flustered or losing yourself a little bit during the day a couple of breathing workouts are so beneficial to reset and allow you to start again - I know just for myself it’s made a big difference.”

“Andy has been amazing, he rang me a couple days after my injury and wanted to reach out and touch base with me and wanted to still have me involved within the Origin space, so he’s been fantastic in that regard,” Wheeler said.

“As soon as we knew the comp was on lockdown he has been sending us Hudl videos and training tips, done a few welfare checks and for me personally he’s wanting to link me in with friends and services that he’s able to gain access to as well.

“I think he’s just one of those people that knows the right thing to say at the right time so he’s not smothering us in regards to information, just touching base once or so a week and making sure we’re all staying connected.

“The Bears club has actually been amazing as well, we’ve got a WhatsApp group and everyone is checking in on that regularly, our coaching staff are sending through nutrition tips and training tips.

“Canterbury Cup NSW coach Jason Taylor has been massive, he’s jumped in our group chat and he sends us daily updates trying to help where he can and keep all the girls motivated.

“I was looking forward to coming on in a coaching capacity and helping the team there, so hopefully the season will start back up later in the year and I’ll still be around the team.”

Cruelly for Wheeler, the Dragons went on to avenge their 2019 NRLW grand final loss with a 28-4 win over the Broncos in the NRL Nines while she sat on the sidelines but she would love nothing more than to come back and lead them to glory next year.

“Looking to say next year, for me personally I’d love to be able to say I’ll come back and have a great year and help Dragons win the NRLW premiership because they’ve stayed loyal with me during this time, been so supportive and backed me 100 percent," Wheeler said.

“They’re making sure that I’m not just physically back but mentally back and the support around that team and that club is just phenomenal and I’d love to repay that club with a trophy. 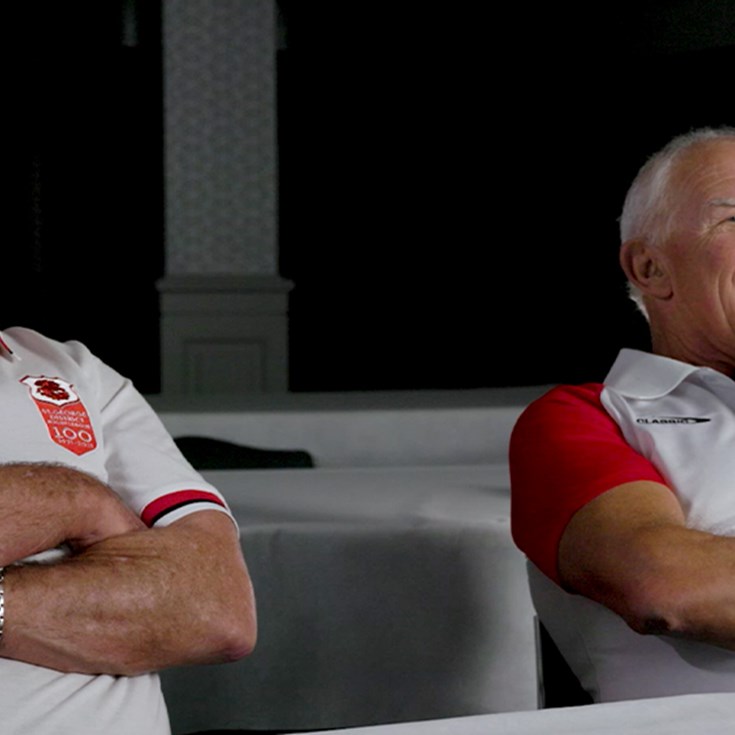