Brandon Smith stamped himself as a player to watch in 2020 with a stunning two-try performance to lead the New Zealand Maori to a stunning 30-16 come-from-behind victory over the Indigenous All Stars on the Gold Coast.

The Kiwi Test hooker, who plays understudy to 400-game legend Cameron Smith at the Melbourne Storm, showed his time in the shadows is clearly over with a spirited effort to snatch at Cbus Super Stadium.

Smith used his power and speed to barge through a tired Indigenous defensive line in the 70th minute, with Kalyn Ponga’s successful conversion putting the Maori ahead after they fell behind 16-12 just before three-quarter time.

Smith almost sealed the game three minutes later with another strong surge, but was denied by the bunker for a double movement.

But there was no doubting his match sealer in the 75th minute when the diminutive ball-runner burrowed between defenders to again score next to the uprights.

On a night when all eyes were on Indigenous fullback Latrell Mitchell it was Smith who stole the show as the Maori scored three tries in the final 10 minutes to run out comprehensive victors.

Smith would’ve had a hat-trick if not for Mitchell’s brilliant defence in the 56th minute.

Smith busted through the middle of the defensive line from 20 metres out and with only Mitchell to beat he tried to muscle his way past the towering fullback only to be brought down five metres short of the tryline.

Smith finished the game with 175 metres from 13 runs, five tackle breaks and four line breaks in what will be a difficult performance to top for a hooker in 2020.

Mitchell’s frustrations got the better of him with four minutes remaining when he dumped opposing fullback Ponga on the ground after the kick-off.

Not to be outdone by Smith, Indigenous lock David Fifita produced his own All Stars power moment that looked to put his team within reach of victory.

The Brisbane forward used last year’s All Star clash in Melbourne to announce his arrival on the big stage and in 2020 he repeated the effort coming up with what seemed to be the game-breaking play.

Fifita busted through two defenders on his own 20-metre line to sprint clear and then draw Ponga for flying centre James Roberts to sprint the final 40 metres to give the Indigenous team a 16-12 lead for the first time in the game.

Fifita finished with 142 metres from 12 runs and his tackle-breaking ability made him a real handful for the Maori.

While there were no headline attacking moments for Mitchell in his 67 minutes of action, there were enough glimpses of something to suggest he will be a handful in the Souths No.1 jersey in 2020.

His trademark strong fend left defenders in his wake but it became obvious from just his first game at the back opposing teams will kick the ball away from him at every opportunity to avoid facing him with a full head of steam on the kick return.

He almost produced one of the more magical moments of the night on one of the few chances to return the ball in the 26th minute, with a deft behind-the-back flick pass that would’ve given Josh Addo-Carr a 70-metre sprint to the tryline if the Storm winger had not fumbled the offload.

Addo-Carr was in everything, opening the game with a poignant moment when he lifted his jersey and pointed at his bare chest during the war cry, evoking memories of AFL Indigenous legend Nicky Winmar's iconic gesture at Victoria Park in 1993.

Adam Blair created his own piece of history by becoming the first player to use the captain’s challenge system, however his call on a Kenny Bromwich knock on in the 65th minute was ruled unsuccessful by the bunker.

Blair finished the game by converting Dylan Walker’s final minute try as the Maori enjoyed revenge over the Indigenous outfit from last year. 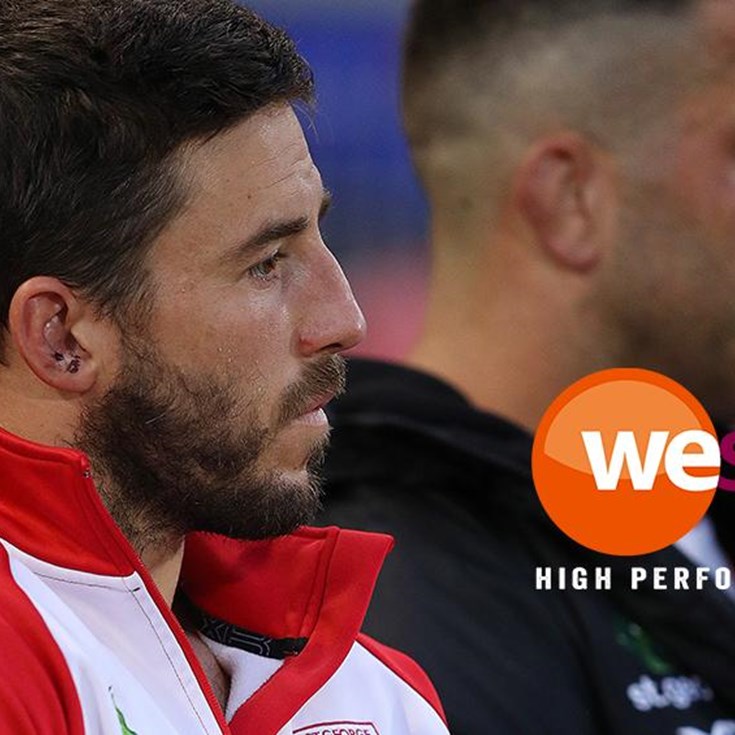