The St George Illawarra Dragons have been deeply saddened by the bushfires that have impacted Australia in recent weeks.

With the south coast of New South Wales heavily affected by these devastating events, the Dragons have announced a number of events planned to bring both relief and funds to several communities in need within the club's catchment area.

The Dragons will head to the Shoalhaven region, Batemans Bay, Narooma, Moruya and surrounding areas on Tuesday, January 28 and Wednesday, January 29 to conduct a family fun day and several community activations. Details for these activities will be communicated in due course.

A number of Dragons representatives will also be in attendance at Moruya's touch football bushfire relief exhibition on Monday, January 27.

The Dragons have also joined forces with the Illawarra Hawks and Wollongong Wolves for a first of its kind Illawarra combined codes bushfire appeal golf day, scheduled for Monday, February 3.

The Dragons, in collaboration with the NRL's Bushfire Appeal Round, are also aiming to raise funds for the Salvation Army Disaster Relief Appeal at their Round 1 clash against Wests Tigers on Sunday, March 15.

Both of the Dragons' premier partners WIN Corporation and St George Leagues Club have committed their support to all of the club's bushfire response initiatives.

"The past few weeks have been distressing for many families across Australia and our heart goes out to everyone who have been impacted by the bushfires," Dragons CEO Brian Johnston said.

"We hope that these initiatives will in some way bring relief to those who have suffered through these harrowing times as well as help provide much-needed funds."

The Dragons are also currently investigating community relief avenues in the Central West of New South Wales ahead of the club's annual Charity Shield clash against the South Sydney Rabbitohs at Mudgee's Glen Willow Stadium on Saturday, February 29. 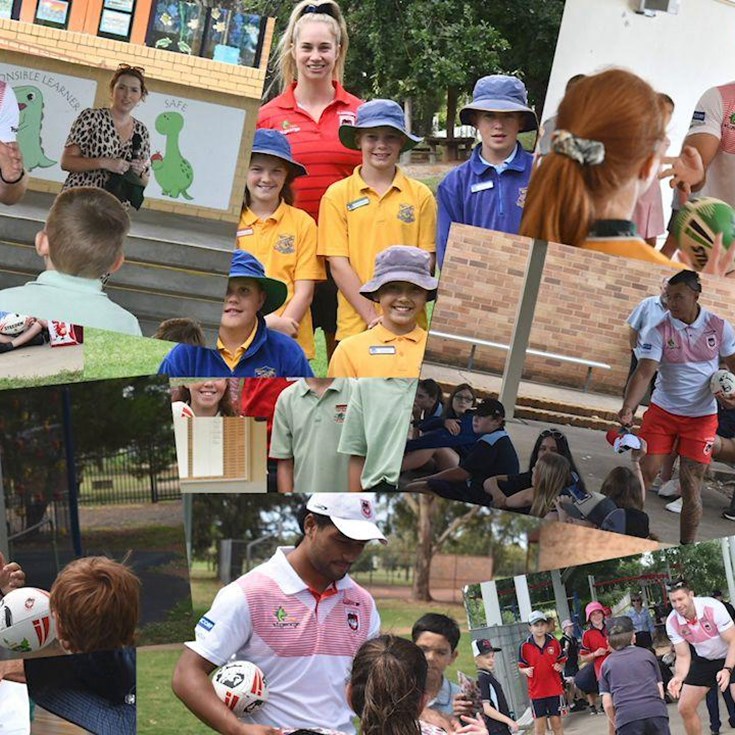