The Dragons secured their maiden grand final berth with a 24-16 victory over the Roosters to advance through on points differential.

Lacey described the result as a relief after St George Illawarra were forced to overcome adversity that included a 14-4 loss to the Broncos in the opening round and the unavailability of key players Teuila Fotu-Moala and Kimiora Nati.

"We do a lot of planning to get to this point," Lacey said on making the grand final.

"It's something that you build up for so long, for the competition to be so short you don't want it to be over today.

"That's what made me strive harder to get to this point. They wanted it a little bit more. I don't think everything has fallen our way but we're still there."

The Dragons were their own worst enemies against the Broncos in round one with a 69% completion rate but have since returned serve with better ball control in the past fortnight.

While they've conceded the opening try in all three clashes, their second halves have proven their biggest strength.

"The first 15 minutes I was ready to spray them at half-time. It wasn't up to our standard but it flipped our way," Lacey said.

"All three games we've been in it. We're in for a fight. You've got to be able to maintain that."

Brisbane suffered their first loss in NRLW history on Saturday night with the Warriors causing a 10-8 upset at the SCG.

It's now up to the Dragons as to whether the Broncos are beaten again in the decider.

"After round one it was mentioned they did have the trial game and we were going in less prepared because of that reason only," Lacey said.

"We've been improving every week. That's what you want to do. We've kept the same combinations for a couple of weeks now. The more they play together the more likely they're to succeed.

"We know the Broncos are going to be up for this after their loss."

Meanwhile, Roosters coach Rick Stone was pleased his side put in a far better performance given the loss of Simaima Taufa pre-game and host of debutantes.

"We disappointed ourselves in the last couple of weeks but to come out and compete hard like that was great," Stone said.

"I don't know if they were seven times better than us. That's a tough obstacle in these conditions.

"We defended our goal line on multiple occasions. We made a few changes and all those girls had a bit of a crack."

Star centre Isabelle Kelly is expected to be sent for scans after coming off failing to return after half-time with a knee injury.

"We're hopeful it's not too bad there," Stone said. 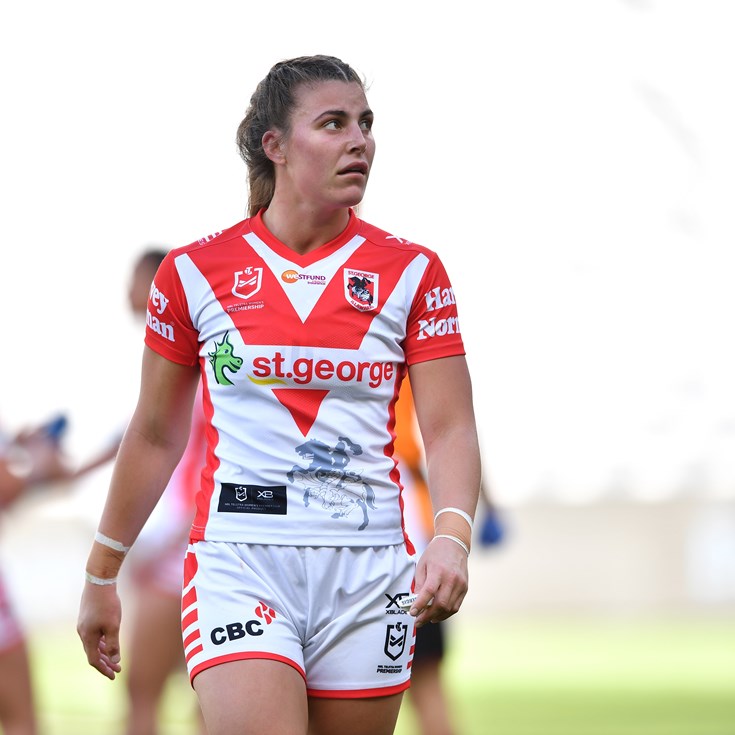