The Dragons have a tough assignment in trumping the Newtown Jets in Sunday's grand final qualifier.

Overall, the Dragons hold a strong record over the Jets winning nine of 14 matches between the two sides, however, the Jets have won both encounters this season.

The Jets can, however, claim the most goal kicking success (87), but true to the competitiveness of both sides the Dragons are right on their heels (86).

But it's defensively where Mat Head's side begins to explain why they have the title of minor premiers. The Dragons are far more disciplined in defence, with the Jets topping the league for missed tackles (866) – over 100 more than the Dragons (740).

Kennedy might not be a household name, but his recent form in the Canterbury Cup has him front of mind for players in the state competition.

Hailing from Bathurst, the 21-year-old was a key factor in Newtown's run to the grand final last year, and he has continued his form for the Bluebags in 2019 where he's posted astronomical numbers.

In his most recent outing against the North Sydney bears in last week’s elimination final, Kennedy almost single-handedly won the game for the Jets, scoring a double, running for game high 193 metres and busting a crazy 14 tackles.

Timm and Lolo play different roles for their sides despite both weighing well over the 110kg mark. Timm is consistently one of the top performers on the Dragons stat sheet and currently has the most tackles of any player in the competition (819). Timm also ranks second in post-contact metres (1,417) and total run metres (3,875).

While Lolo's numbers might not seem up to the heights of his opposite number, Lolo only plays on average 20-30 minutes while Timm plays upwards of 60.

In that short amount of time however, Lolo’s impact on the field can be devastating, racking up 468 tackles, the ninth-most post contact metres (973), and a total of 2,499 metres.

Both Clune and Williams are pivotal to their side's success and Sunday's preliminary final will be no different.

Clune has been the key to the Dragons' lethal attack in 2019, with an impressive strike rate of putting his teammates into the clear. Clune has produced a competition high 26 try assists this season.

Combined with his seven forced dropouts, three tries and 1493 total running metres, Clune will need to be at his influential best for the Dragons to come away victorious.

Williams's 10 try assists are solid, although they pale in comparison to Clune. Williams's passing ability is second to none out wide while his pin-point kicking is always a feature of Newtown's attack. 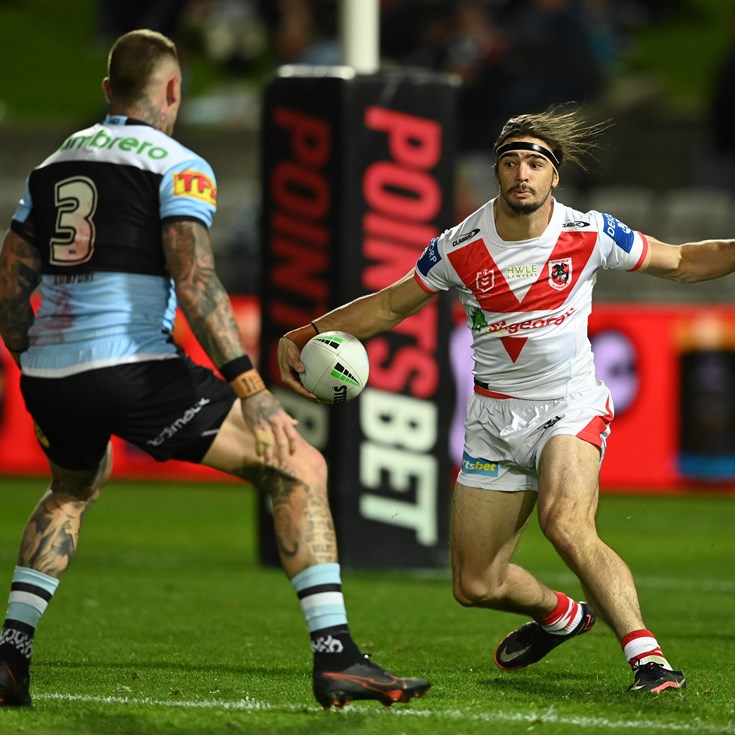