The 2019 Holden Women's Premiership is finally here with our new-look side taking on defending premiers Brisbane Broncos. Before the season-opener on Sunday, here are five things to get you excited for the clash!

Both Breayley and Gould played together last year for the Broncos, with Gould stuck behind Breayley in the line-up. But with Breayley joining the Dragons, Gould gets her chance to prove her worth.

Breayley led the NRLW with four try assists last year and was ranked first in dummy-half runs (24) while topping the overall tackle count with 124.

Gould is a former New Zealand rugby sevens representative who has also played for the Queensland Reds in rugby union. Gould posses speed and a great pass that saw her score one try in last year's competition off the bench. Expect there to be a bit of spice between the two rivals as they come head-to-head.

A big recruitment drive for the 2019 season saw a host of new strike players join the Dragons. But their most dangerous player comes from the retention of centre Jessica Sergis.

Injuries have plagued the 21-year-old's career, but with a full bill of health Sergis has been on fire in the local Illawarra competition, and that's putting it lightly.

Playing for the Helensburgh Tigers in the Illawarra women's division, Sergis scored an astounding 32 tries in just 10 games. Yes, you read that right.

To make sense of those astronomical numbers, Sergis scored seven tries against Avondale, six against Port Kembla and picked up a hat-trick or more in six of her appearances.

To put into further context, the next highest try-scorer for the season was inaugural Dragons Women's Premiership and Corrimal centre Josie Strong (12).

Sunday's series opener also happens to fall on Sergis's birthday. Keep an eye on Sergis who will look to continue her freak try-scoring form while bagging a try for her birthday.

Sunday's match will feature plenty of new faces for both teams with a total of 21 debutants taking the field.

The Dragons have 12 new faces getting their first match with the Red V, with Stephanie Mooka, Tiana Penitani, Shaylee Bent, Takilele Katoa and Maddison Weatherall also set for their NRL Women's Premiership debuts.

The Broncos will field a team featuring nine debutants as they attempt to defend their 2018 premiership.

The Broncos played the PNG Orchids back in August, winning the game 14-0. A lot will remain to be seen for the Dragons as they hope everything clicks into gear easily under the pressure of an actual game.

Last year the Dragons finished on the bottom of the ladder despite finishing on the same amount of wins as the New Zealand Warriors. But if they win on Sunday, they will be the first time to beat the Brisbane Broncos who went through last season undefeated.

History is also on the horizon if the Dragons can turn their fortunes around, and become the first Dragons women’s side to make the grand final, and potentially, their first-ever premiership win. 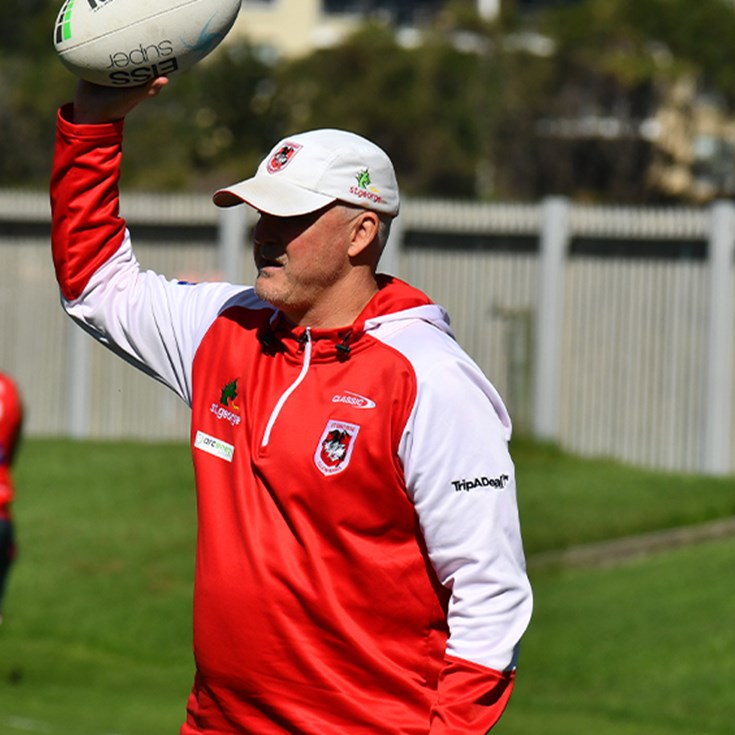 The Red V is everything to me: Merrin reflects on Dragons career