The South Sydney Rabbitohs have prevailed with an enthralling 32-24 victory over the St George Illawarra Dragons to progress through to the second week of the Jersey Flegg Cup finals.

It was an incredible Elimination Final at Campbelltown Stadium with both sides willing to play an attacking brand of footy from start to finish – the difference being the Rabbitohs gutsy defensive efforts in the dying stages to hold out a fast-finishing Dragons outfit.

Kane Allen ensured an early 16-6 lead to South Sydney with a scintillating double in the opening 20 minutes – opening the game with his first in just the fourth minute of play before snatching a 90m intercept and saluting with a customary Latrell Mitchell try celebration.

Although the Rabbitohs were relentless in their pursuit of a healthy half-time lead with a try to Joshua Cook in the 28th minute, Dragon's duo Tyran Wishart and Cody Ramsey left no stone unturned with their efforts for keep the game alive.

Wishart produced a dazzling run in the eighth minute to send Ramsey over for their first before finishing the opening half with a pinpoint kick for the dynamic no.1 to set a 20-10 lead at the break.

Sam McCann opened the Dragons account in the second-half with a stunning leap in the left-hand corner to reduce the deficit to four, although their momentum lasted little time as the Rabbitohs responded with two tries in quick succession.

Their first came after James Tautaiolefua burst through and found Marc Zaurrini with a late offload before Lachlan Illias extended their lead with an impressive individual effort of his own just five minutes later to grab his second try.

McCann grabbed his double just moments after conceding two tries in a rapid-fire 10 minute period to give the Dragons a glimmer of hope, while opposing winger Dante Lusio caused plenty of havoc down the right-edge in their efforts to claw their way back into the contest.

Although the Dragons threatened for a late comeback with some last-gasp second-phase play, their efforts would die wondering as the Rabbitohs secured a fighting win to keep their season alive. 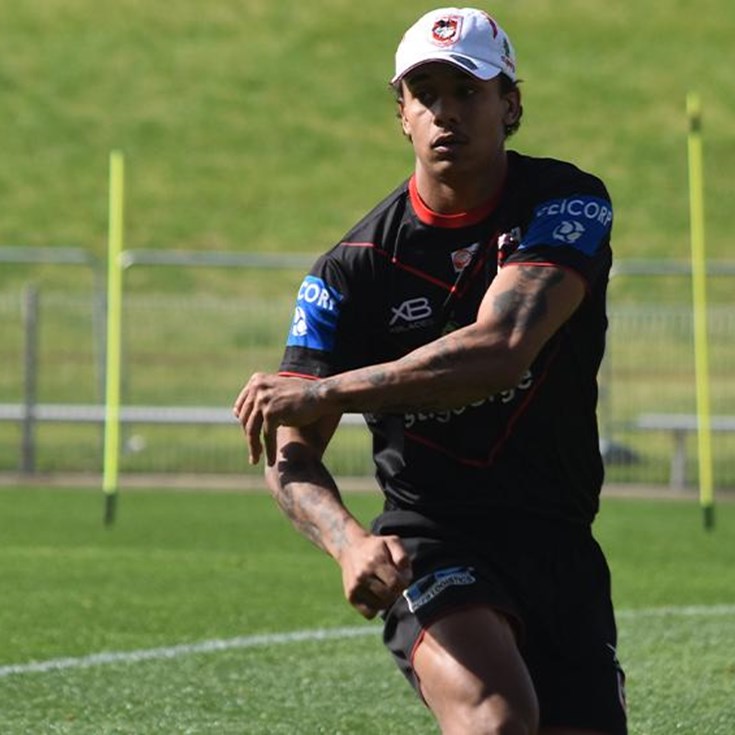 Behind enemy lines: Round 13

Presented By TripADeal 5 hours ago

"It'll look good on our shelf" - Sims on Anzac Cup