The Dragons are preparing for their final match of the 2019 season and will be determined to finish on a high with a confident display against the Gold Coast Titans.

The Titans are guaranteed the wooden spoon with just four wins while the Dragons will finish the season in 15th win or lose on Saturday.

The Titans boast the worst defence (16th) and second-worst attack (15th) in the competition. The Dragons fare better in attack (12th) but only just trump the Titans defensively (15th).

Over 21 matches between the two sides, the Dragons have produced 14 victories while the Titans have won seven. The Dragons also have a strong record at Cbus Super Stadium, winning five of nine matches at the ground.

Attack is where the Dragons separate themselves from the Titans, producing an extra 52 tackles busts and 18 line breaks throughout the season.

Tyrone Peachey is an unpredictable playmaker capable of playing numerous positions on the field.

Peachy has been one of the best Titans players this season with two tries and three try assists, highlighting his attacking potential in the lowly Titans outfit.

Peachy shifts back to the centres for Saturday's clash making him the Titans best strike weapon and a definite danger man on Saturday.

Gareth Widdop plays his final game for the Dragons and you can fully expect the club captain and English international to be fired up for it.

Widdop crossed for his first try of the year last week, after missing majority of the year through a second consecutive shoulder reconstruction. But in his nine games this year, the 30-year-old has produced four try assists and forced five dropouts.

He lines up against Alex Brimson who has scored 11 tries in 36 appearances in the top grade with four of those coming this season. Although injury has hampered his time on the field, the 20-year-old has five try assists and averages over 100 running metres per game.

At just 23 years of age, Arrow already has State of Origin honours on his CV and it's not hard to see why. The tireless worker has 491 tackles (39 misses), 50 tackle breaks and 812 post-contact metres in 16 appearances this season.

But he fronts up against the experienced Paul Vaughan who boasts State of Origin honours as well as international appearances for Italy. Vaughan will play his 150th first grade match on Saturday and will look to finish the year with a bang.

Vaughan has amassed 729 tackles at an impressive 91.4% efficiency (33 misses), two tries, 982 post-contact metres and 17 tackle breaks in 22 appearances this season. Keep an eye on Vaughan ensuring his 150th milestone a memorable one. 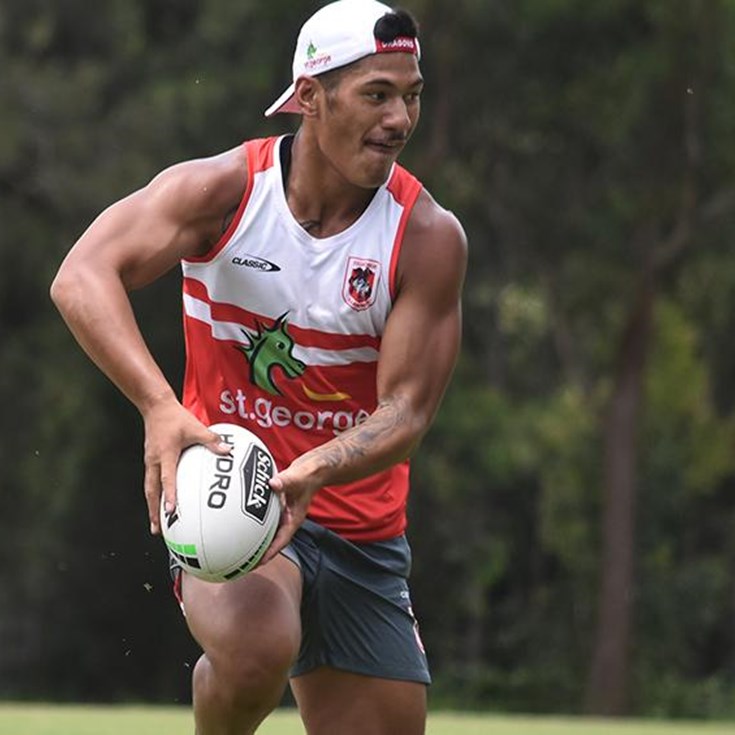