Inspirational Dragons forward James Graham plays his 400th first grade game this weekend in a career spanning an incredible 16 years. His last two seasons have been at the Dragons and we’ve taken a look at some memorable moments of Jammer in the Red V.

When you think of James Graham, the first words that come to mind are passionate, tough and committed. You'll notice prolific try scorer is not one of them.

Throughout his 400-game career, Graham has crossed the white stripe for a grand total of 64 times. However, in his 40 games wearing the Red V, the 33-year-old has scored just the one.

Round 15, 2018 against the Manly Sea Eagles was the magic moment where Jammer got his name on the scorecard. With his parents in the stands watching on, Graham forced his way past the Manly defence to slam the ball down.

After playing six seasons at the Bulldogs and nine for St Helens in the Super League, James Graham joined the Dragons ahead of the 2018 season.

Graham’s first experience wearing the Red V Jersey was at the Dragons' spiritual home in Kogarah. The Dragons came up against a Brisbane Broncos side looking to put a dampener on former teammate and fellow St George Illawarra recruit Ben Hunt in his first game for the Dragons.

BUY TICKETS TO THE DRAGONS' CLASH AGAINST THE TITANS HERE

Graham led from the front by winning the battle of the forwards with 120 metres including 44 post-contact metres and 26 tackles in just 51 minutes on the field. The Dragons went on to win 34-12 and Graham wouldn't taste defeat as a Dragons until six weeks later. Relive the action of Jammer's debut here.

Champion on and off the field

Week-in, week-out, James Graham gives his all for his team, but following the Charity Shield this year, he also gave the shirt off his back.

Walking off the field after the narrow defeat to the Rabbitohs, Jammer took off his jersey and handed it to a young fan in the crowd merely asking for his signature.

Despite a tough loss and his body no doubt aching after the first hit out of the season, Graham had no troubles making the young fans night. Watch his incredible gesture here. 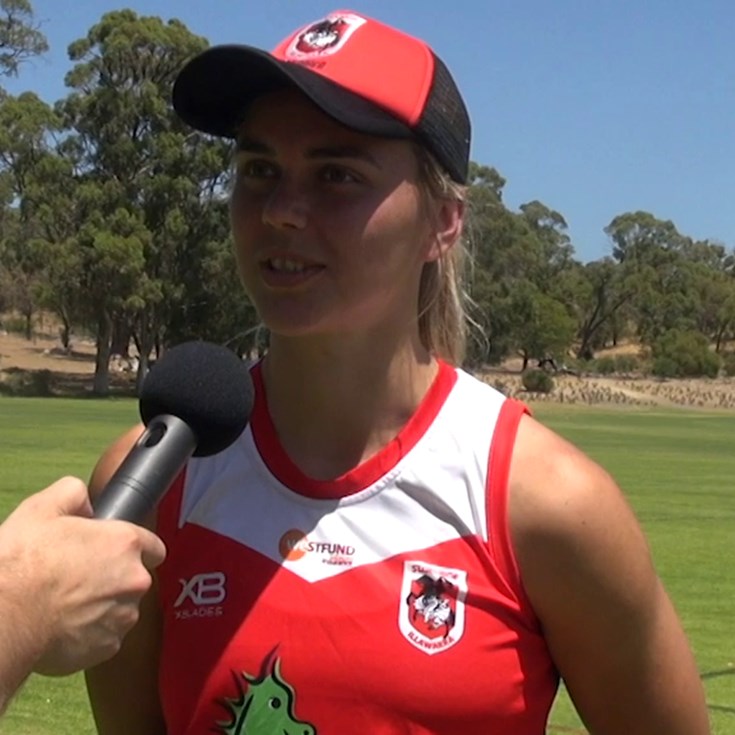 Vette-Welsh on how Maori All Stars launched her career

"It's a very special feeling" - Josh Kerr on Indigenous All Stars