The Dragons come up against a red hot Penrith Panthers outfit who continued their climb up the ladder following their sixth-consecutive win.

It hasn't been smooth sailing for the Panthers in 2019 who have spent the majority of the season in the lower half of the table.

The Panthers' rocks and diamonds season is reflected in the stats. The Panthers lay claim to the second-worst attack in the competition managing just 239 points; the Dragons rank much better with 287 points. Despite the Panthers producing the most missed tackles (645), they have conceded the seventh-least points competition-wide (310). Unfortunately the Dragons now lead the league for most points conceded (365).

The Dragons hold a strong record over the mountain men, winning 20 of 33 encounters including four of their past five matches.

Currently sitting in eighth place on the ladder, the Panthers have been boosted by the best goal kicking (85 per cent) and most dropouts forced (40) in the competition.

The Dragons have struggled with the kicking tee without the services of a top echelon goal kicker (75 per cent ), and managed to force almost half the number of dropouts (25) in comparison.

Penrith have ran for the least metres in the competition (21,264) and produced the second-most handling errors (183 which will surely be focus areas of the Dragons in this one

Standing at 195 centimetres and weighing in at an imposing 120 kilograms, it's no wonder Viliame Kikau is the leading try scorer for the Panthers in 2019.

With six tries to his name in 12 appearances, Kikau is a constant danger running off the Penrith playmakers. More than capable of finding an offload (12), Kikau also gets through plenty of work considering his272 tackles, 123 metres per game and 48 tackle breaks this season.

The Dragons' edge defence will need to on their game to prevent Kikau's towering frame from busting over the line.

Two different front rowers come head to head in this exciting match-up. Fisher-Harris has played the last four games in the front row for the Panthers after playing the majority of the season in the back row.

Fisher-Harris has made the third most tackles of any player competition-wide (705) at an efficiency of 88.2 per cent while averaging 122 metres and producing 14 tackle breaks.

While Vaughan is behind in defence (458 tackles), his hard and damaging running puts him back in the contest. Vaughan has run for the sixth-most metres of any forward (2045) at an average of 146 metres per game. His 12 offloads and 14 tackle breaks make him one of the top front-rowers in the competition. 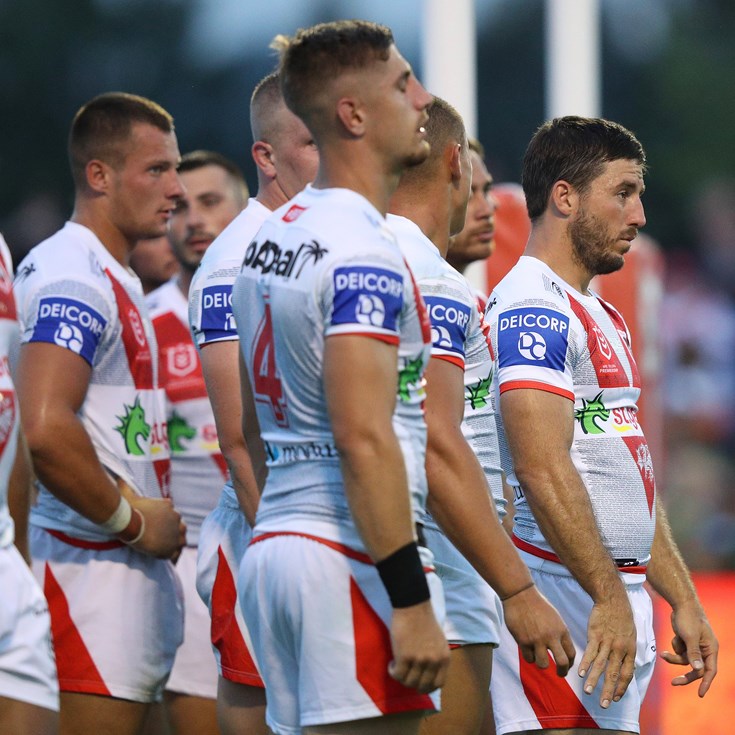