Pereira was injured in the process of the scoring a try in the first half of the Canterbury Cup Dragons' 24-18 loss to the Newtown Jets last Saturday afternoon.

"Jordan was released from hospital last night. Over the past couple of days, he's had a series of scans on his neck as well as his upper limb and he's been cleared of any serious neck injury," Pickworth said.

"He's back home now, he's out of the neck brace and he's moving around okay at the moment."

Pickworth confirmed Pereira had suffered an injury to his brachial plexus – the nerve group which comes from the neck and supplies the arm with function and sensation.

"At this stage we'll be resting him up, assessing him day-to-day and as his symptoms start to clear, we'll have a better gauge on when his return to play will be," Pickworth said.

"It's really good news that he's been cleared of anything serious in his neck, and we're optimistic at this stage that he'll make a full recovery." 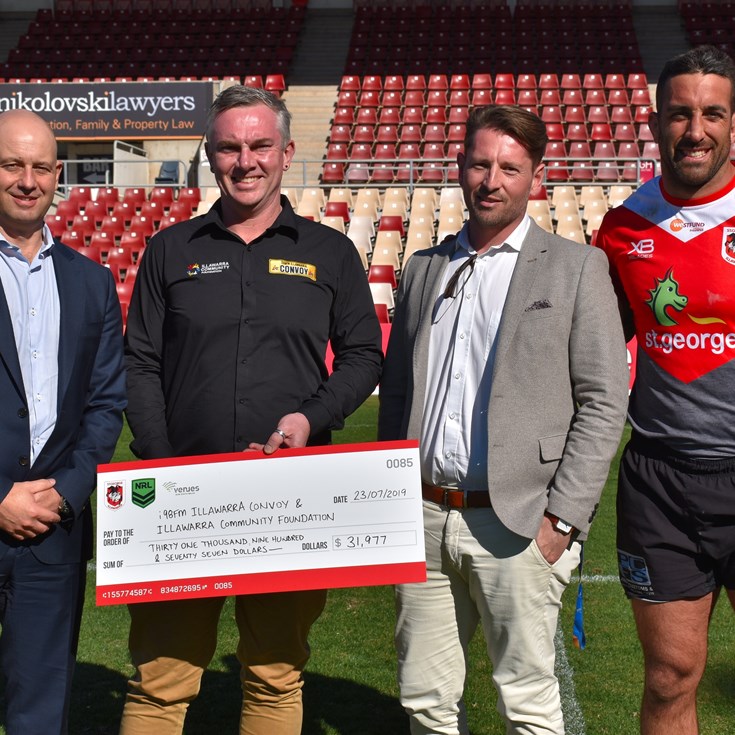 Behind enemy lines: Round 17